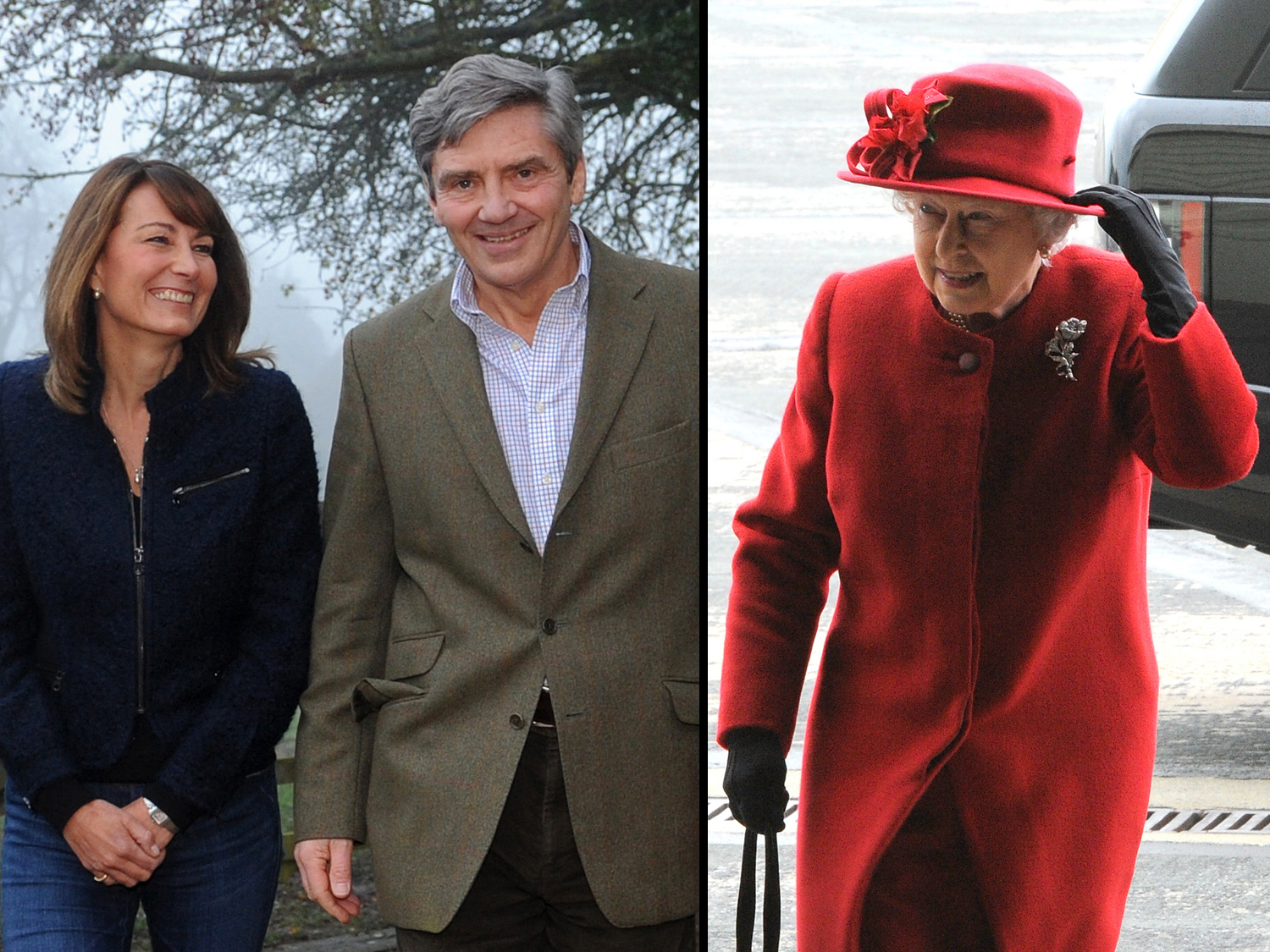 The monarch, who turns 85 tomorrow, and her husband, Prince Philip, 89, had lunch with their grandson's future in-laws, Michael and Carole Middleton, at Windsor Castle, Buckingham Palace confirmed.

The invitation was extended some time ago, according to reports.

A source said the meeting had a "warm atmosphere," People magazine reports. A few members of the queen's royal household were also present.

A Buckingham Palace spokeswoman confirmed the gathering to the U.K.'s Press Association, saying, "The Queen and the Duke of Edinburgh hosted Mr and Mrs Michael Middleton at a private lunch at Windsor Castle today."