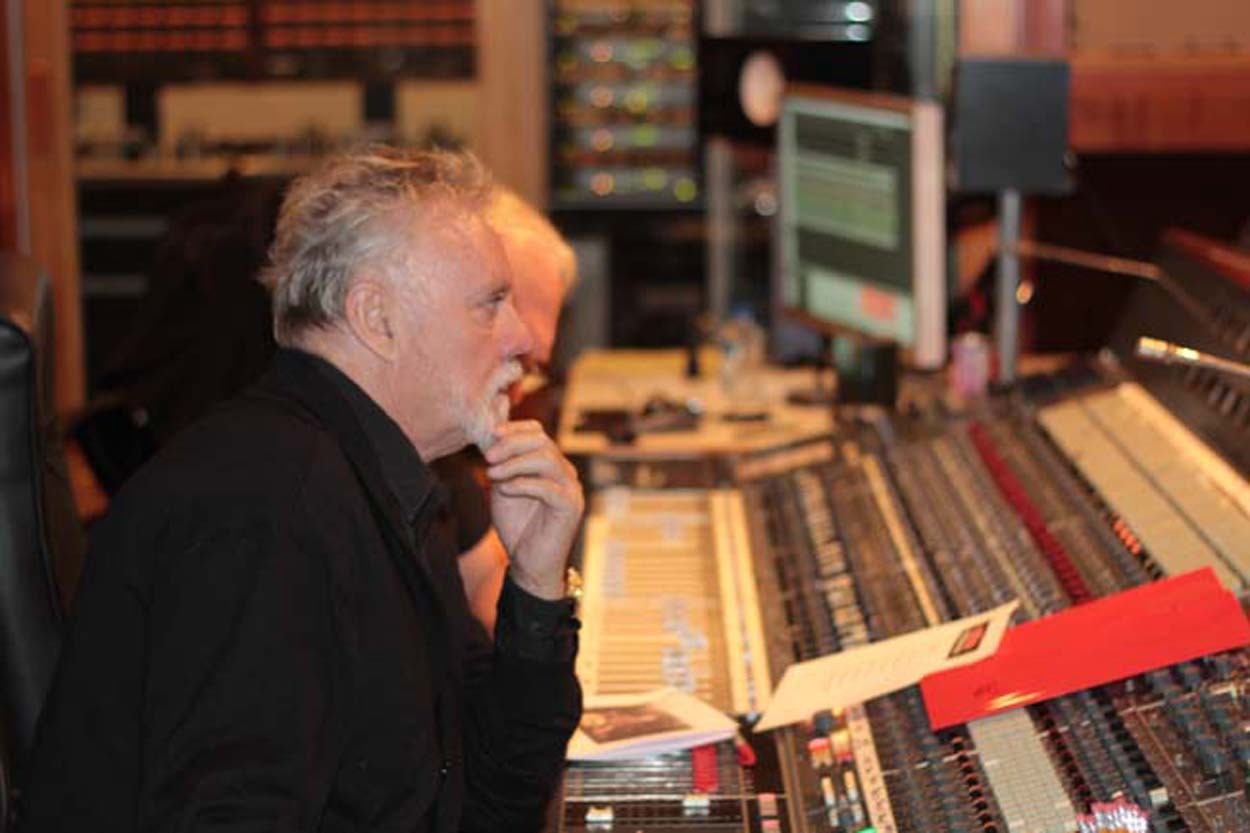 (CBS) Queen drummer Roger Taylor has been holed up in the Foo Fighters' Los Angeles studio this week - not to record new music, but to narrow down the winners for a Queen tribute band, set to embark on a North American tour next year.

This fall, more than 700 vocalists, guitarists, drummers, bassists and keyboard players from all over the U.S. and Canada auditioned, hoping to become part of The Queen Extravaganza Tour. The major production will find the winning musicians performing Queen's biggest hits live on tour in 2012.

Queen's original drummer is among the people making the selections. It wasn't easy, though, choosing the winners, which will officially be announced Thursday.

"It was very difficult," Taylor told CBSNews.com on Tuesday, a day after the final auditions. "We had a great standard of talent and we really had to work out the eight people we thought would make the best cohesive band unit. I think we really have a great lineup."

Taylor said he enjoyed hearing a new generation of musicians playing Queen's songs. "There was a lot of love there," he said. "They're such charming people ... In some regards I hate to lose them, but you can't take everybody."

Both Taylor and Queen guitarist Brian May will help shape the tour, which Taylor says will feature an "imaginative staging" of their songs. The band will go deep into Queen's catalogue, and both Taylor and May will likely make surprise guest appearances on select tour dates.

The competition happens to coincide with Queen's 40th anniversary as a band. It's also been 20 years since the death of lead singer Freddie Mercury.

So, why a tribute band?

"I got fed up with seeing all of these tribute bands," Taylor told CBS. "The emphasis is on quality, really. We wanted our music to be represented by something excellent."

"We want to put together a celebration of our music over the years," Taylor added. "It won't be just a jukebox."

The outing gets underway in North America in 2012, and if all goes well, The Queen Extravaganza Tour will go global.

For more info and to see the winners, set to be unveiled on Dec. 8, go here.

Check out one of the contestant's audition videos: