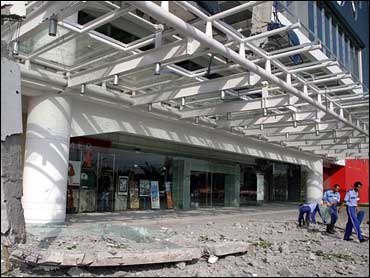 A powerful earthquake struck Indonesia's Sulawesi island early Sunday, panicking residents but there were no immediate reports of damage or injuries, the Hong Kong Observatory said.

The 6.2-magnitude quake, which hit just before dawn, was centered under the sea 180 miles southwest of the city of Manado on the central island of Sulawesi, the observatory said in a statement.

"I was so shocked because my furniture and my roof started creaking," one witnesses in Gorantolo city told Indonesia's state news agency Antara. "When the shaking started, I immediately thought of my wife and child who were still asleep."

The agency said many people in the city fled their houses when the quake struck.

There were no reports of damage or injuries.

Indonesia is prone to seismic activity because of its location in the so-called Pacific "Ring of Fire," an arc of volcanoes and fault lines encircling the Pacific Basin.

On May 27, a 6.3 magnitude earthquake devastated a large swath of Java Island, killing more than 5,800 people.