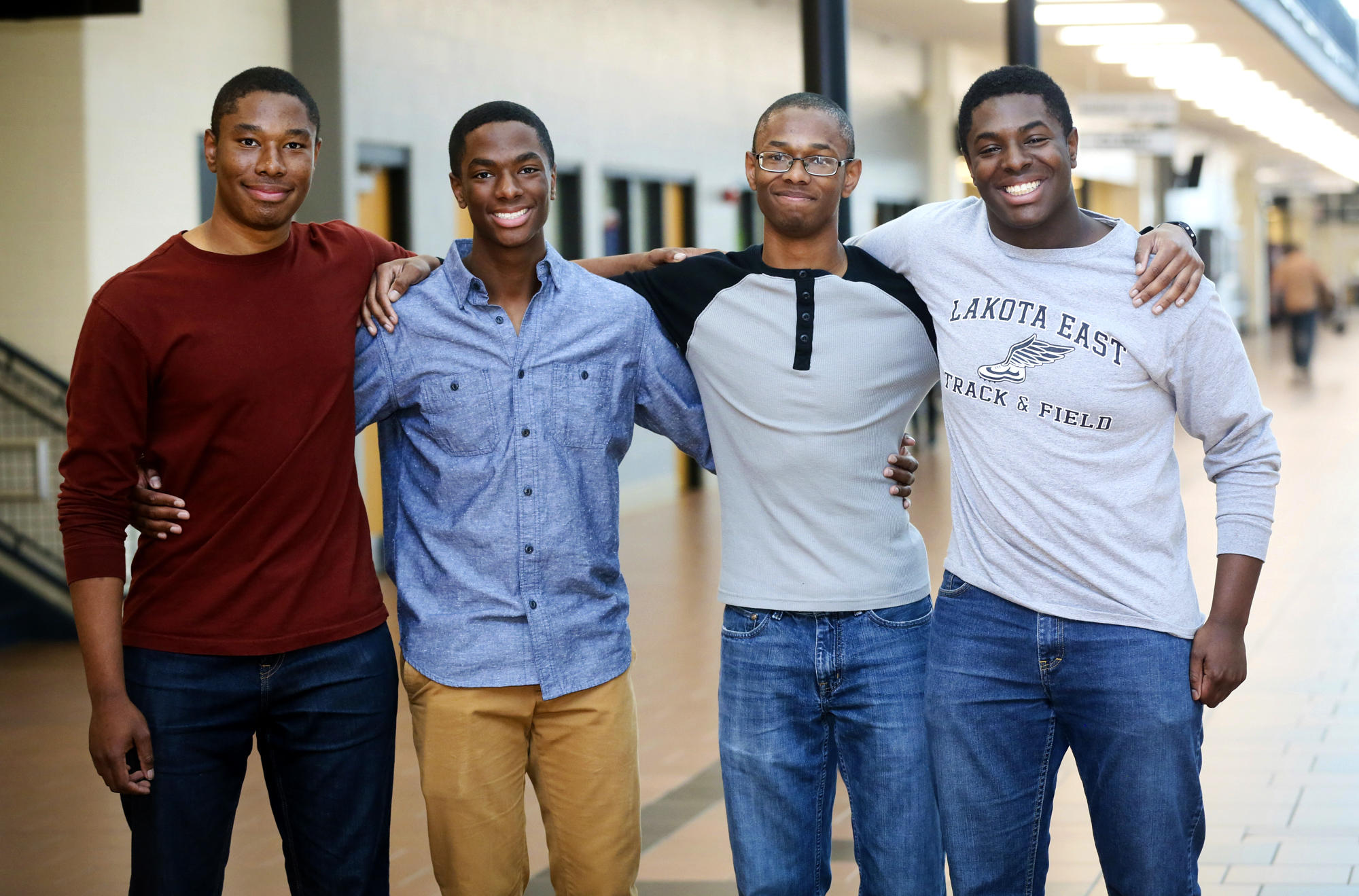 Move over, Marvel — there’s a new “Fantastic Four” in town.

Quadruplet brothers in Ohio have earned the nickname after they were all accepted to both Yale and Harvard.

Aaron, Nick, Nigel, and Zachary Wade, from the Cincinnati suburb Liberty Township, say they were notified in recent days of admittance to a number of notable schools. Among the four of them, there were also acceptance letters from Stanford, Georgetown, Duke, Vanderbilt, and Cornell — just to name a few.

Their 4-for-4 accomplishment is even more impressive when compared to how few students actually get into Yale and Harvard. Yale accepted just 2,272 out of 32,900 applicants for the class of 2021; Harvard was even more selective with 2,056 admitted out of a record-setting 39,506.

The brothers credited their parents, Darrin and Kim Wade, and the teachers at Lakota East High School with helping them get into their top schools. “We feel like getting into these schools show who the people around us are,” Nigel said.

“It’s really something we couldn’t have done on our own without all the support we have had through our lives,” Nick added. “It has been awesome.”

Suzanna Davis, principal at Lakota East, told the Hamilton-Middletown Journal-News that the young men are the picture of academic focus but are also well-rounded, “great young men” with individual personalities.

The Wade brothers haven’t made their decisions just yet, but Aaron likes Stanford University and his three brothers are leaning toward Yale. Financial aid offers will likely play an important role, as an Ivy League education also comes with a hefty price tag — in this case, four times over. Full tuition at both Harvard and Yale for the 2017-2018 school year tops out at over $65,000, with fees and room and board.

Zachary said no matter what happens, they’ve always been encouraged to believe that with hard work, the sky’s the limit. “We were never told that we couldn’t get somewhere.”

Incredibly, this isn’t the first set of quadruplets to earn acceptance at Yale. Back in 2010, The New York Times reported on the Crouch siblings, from Connecticut, all of whom decided to attend Yale.