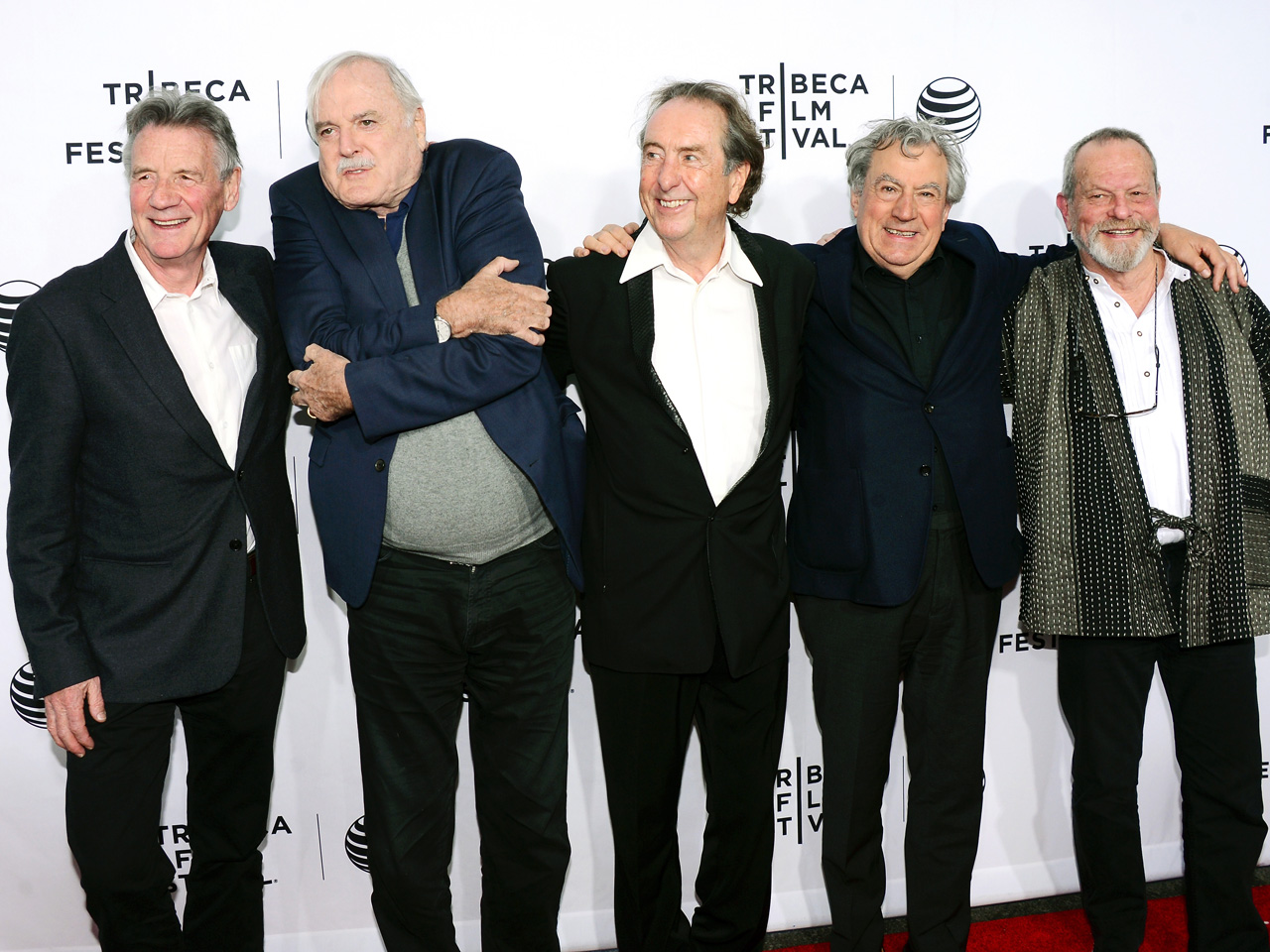 Is silliness timeless? That was the question last night following a 40th anniversary screening of “Monty Python and the Holy Grail.”

“We thought we were being serious,” countered Eric Idle.


He and the other living members of the comedy troupe were reunited on stage at New York’s Beacon Theatre for a panel discussion as part of the Tribeca Film Festival. The anarchic talk was moderated by John Oliver, of HBO’s “Last Week Tonight.”

“It’s been 40 years, four entire decades, since you did [’Holy Grail’]. Why do you think this has lasted so well, other than being f-----g great?” asked Oliver.

“Holy Grail,” a knockabout farce featuring the Knights of the Round Table, was the Pythons’ first feature film to contain something resembling a narrative. Co-directed by Pythons Terry Gilliam and Terry Jones, the film was authentic in its depiction of medieval mud and grit, and paid homage to the stark filmmaking style of Pier Paolo Pasolini, while engaging in extremely silly antics (such as knights pretending to ride horses while their assistants banged coconut-halves together to simulate hoofbeats).

“No coconuts were killed during the making of the film,” said Palin.

The gang told stories of the making of the movie, a low-budget affair which was financed by rock groups who were fans, including Pink Floyd and Led Zeppelin.

Gilliam noted that just prior to filming, the National Trust banned them from using several castles as locations, “because we wouldn’t respect ‘the dignity of the fabric of the building,’ where the most horrible tortures, disemboweling had gone on!” Hence, large painted cutouts were often employed in the background.

Palin explained that the inspiration for the Knights Who Say “Ni” was a schoolteacher who would emit the word “Ni” whenever he crouched down examining the library shelves. Palin said years later he ran into the teacher, who asked “’Is it true the Knights Who Say ‘Ni” were based on me?’ ‘Oh no.’ ‘What a pity, I love them!’”

When the film premiered in New York in 1975, the owner of Cinema II hired actors dressed as a knight and his assistant prancing about announcing the first thousand customers would be given free coconuts. The line on opening day wrapped around the block.

Oliver asked if the group had planned a similar offer for their subsequent film, “Life of Brian”: “Did you give out free nails?”

“That’s a hell of an offer!” said Oliver.

The Pythons did find it difficult to remain sitting in one place throughout the panel. John Cleese wondered off-stage a couple of times (with his hand making appearances through the curtain), followed by Gilliam; they both returned as a faux pantomime horse. The rest played musical chairs, as Oliver sorted through (and rejected) questions that had been tweeted into the theatre.


In talking about the anarchy and naughtiness of their comedy, Cleese railed against the current political correctness which dictates jokes that offend races are not permissible, at which point he told a couple. Targets: Mexicans, and the French (“Why do the French have so many civil wars? Because they like to win one now and again”).

“In comedy there’s two ways of attacking something. One is to just be rude about it, and the other is to take on those attitudes that make it ridiculous, like Stephen Colbert,” Cleese said.

The group, whose TV series ran on the BBC from 1969-1974, reunited last summer for a series of shows at London’s O2 Arena -- their first live performances since their Hollywood Bowl shows in 1980.

“The audience was so warm and welcoming,” said Jones of the sold-out shows, which were also broadcast around the world.