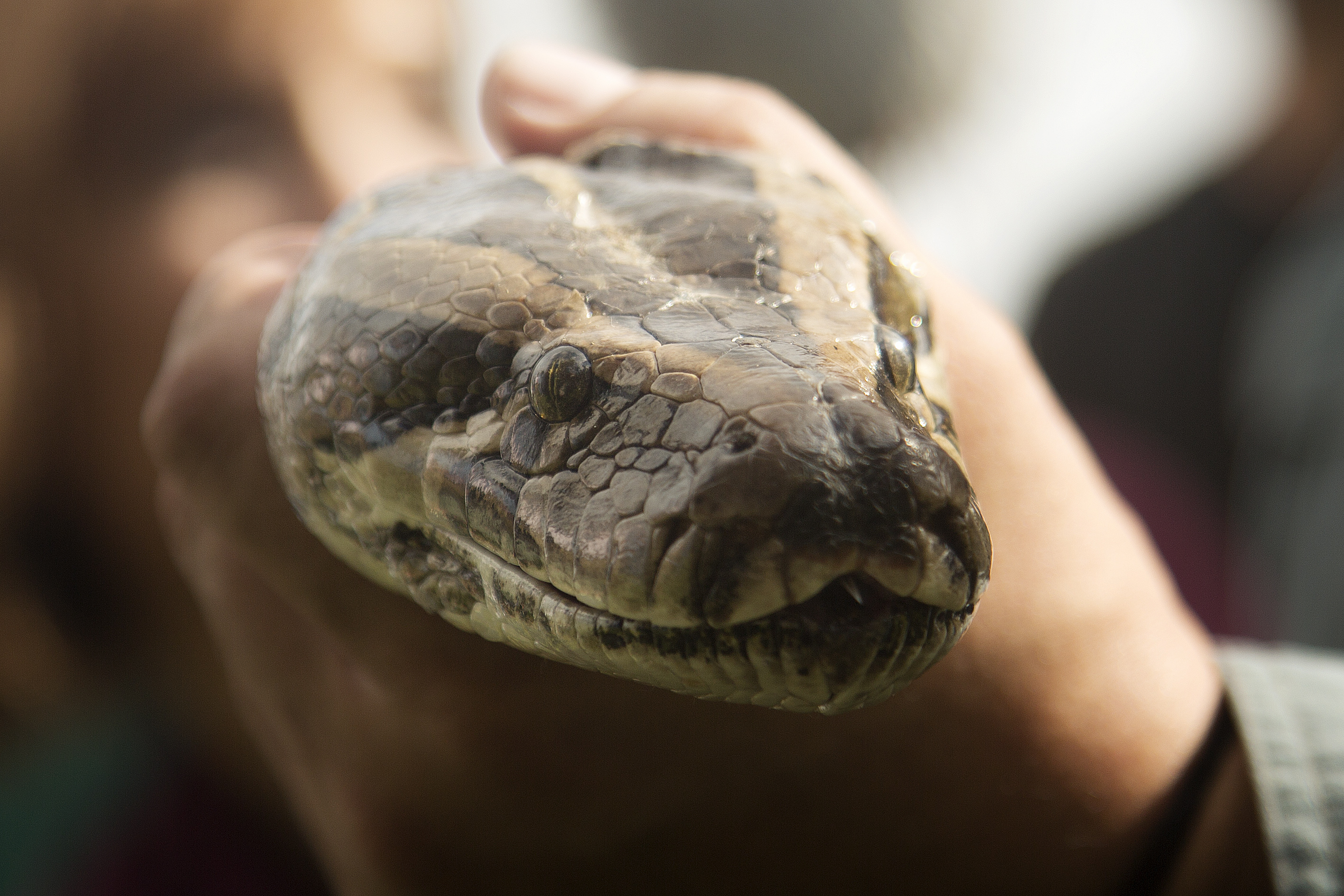 CAIRNS, Australia Australian police were mystified by a chaotic crime scene including a hole in the ceiling and a smelly pool of vomit-like liquid — until they found the culprit was a 19-foot python.

The massive snake weighing in at 37 pounds was captured a day after a suspected burglary was reported at a charity store in Queensland in northeastern Australia.

"Its head was the size of a small dog," Police Sgt. Don Auld said Wednesday.

Before they found the python, investigators' working theory was that a human burglar with an appetite for destruction — and a serious illness — had gone on a rampage inside the St. Vincent de Paul store in the small town of Ingham.

"We thought a person had fallen through the ceiling because the roof panel was cut in half," Auld said. "When they've hit the floor, they've vomited and then staggered and fallen over. That's what we thought anyway."

Police now suspect the python entered the store through the roof, which was damaged in a cyclone two years ago.

The animal then plummeted through the ceiling, knocking over dishes, clothes and other items, before relieving itself on the floor. It somehow managed to hide from officials until staff spotted it lying alongside a wall the next day.

A local snake catcher was called in to capture the reptile, which has been relocated to nearby wetlands.