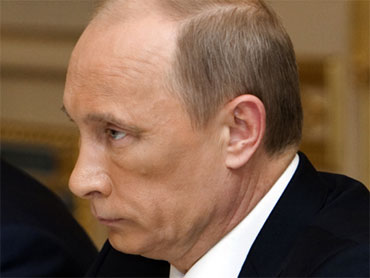 Responding to a question if he ever had ordered special services to kill traitors, Putin said during a live call-in session on state television and radio that such practice ended with the Soviet Union.

Putin also said Thursday that the "animal" who betrayed the 10 Russian sleeper spies who were arrested in the United States this summer will not live happily.

Putin has met and sang patriotic songs with the 10 agents who returned home after a spy swap shortly after their arrest, and he again praised them Thursday.

He referred to a Russian intelligence officer suspected of betraying them as a "swine."