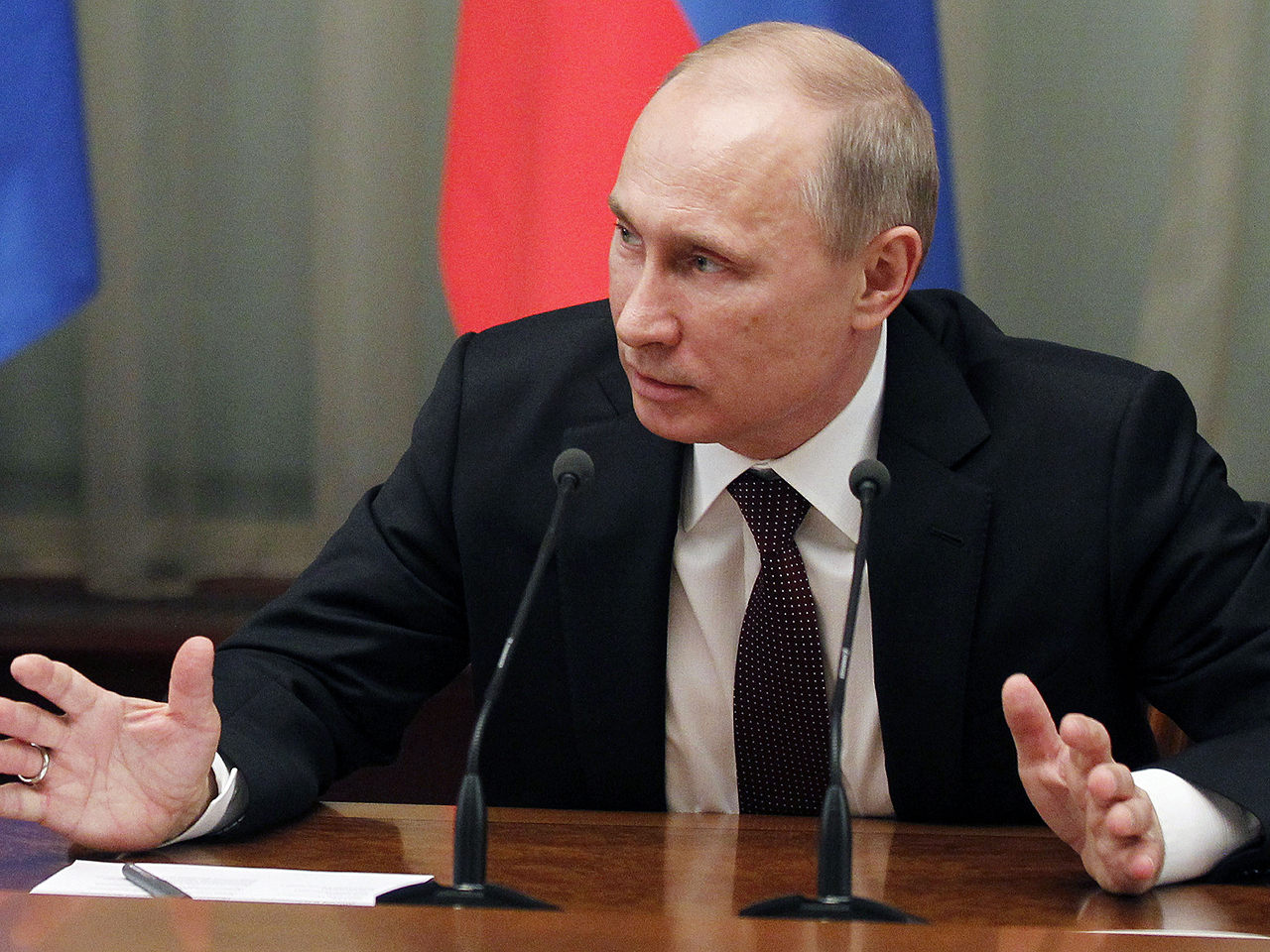 Although some top Russian officials, including the foreign minister, openly opposed the bill and Putin himself had been noncommittal about it last week, he signed it less than 24 hours after receiving it from Parliament, where both houses passed it overwhelmingly.

The law also calls for closure of non-governmental organizations receiving American funding if their activities are classified as political -- a broad definition that many fear could be used to close any NGO that offends the Kremlin.

It was not immediately clear when the law would take effect, but presidential spokesman Dmitry Peskov was quoted by the Interfax news agency as saying "practically, adoption stops on Jan. 1."

Children's rights ombudsman Pavel Astakhov said this week that 46 children who were about to be adopted in the U.S. would remain in Russia if the bill goes into effect.

The bill has angered Americans and Russians who argue it victimizes children to make a political point, cutting off a route out of frequently dismal orphanages for thousands of children.

UNICEF estimates there are about 740,000 children not in parental custody in Russia while about 18,000 Russians are on the waiting list to adopt a child. The U.S. is the biggest destination for adopted Russian children -- more than 60,000 of them have been taken in by Americans over the past two decades.

Russians historically have been less enthusiastic about adopting children than most Western cultures.

Lev Ponomarev, one of Russia's most prominent human rights activists, hinted at that reluctance when he said Parliament members who voted for the bill should take custody of the children who were about to be adopted.

"The moral responsibility lies on them," he told Interfax. "But I don't think that even one child will be taken for upbringing by deputies of the Duma."

The law is in response to a measure signed into law by U.S. President Barack Obama this month that calls for sanctions against Russians assessed to be human rights violators.

That stems from the case of Sergei Magnitsky, a Russian lawyer who was arrested after accusing officials of a $230 million tax fraud. He was repeatedly denied medical treatment and died in jail in 2009. Russian rights groups claimed he was severely beaten and accused the Kremlin of failing to prosecute those responsible; a prison doctor who was the only official charged in the case was acquitted by a Moscow court on Friday.

The U.S. law galvanized Russian resentment of the United States, which Putin has claimed funded and encouraged the wave of massive anti-government protests that arose last winter.

The Parliament initially considered a relatively similar retaliatory measure, but amendments have expanded it far beyond a tit-for-tat response.

Many Russians have been distressed for years by reports of Russian children dying or suffering abuse at the hands of their American adoptive parents. The new Russian law was dubbed the "Dima Yakovlev Bill," after a toddler who died in 2008 when his American adoptive father left him in a car in broiling heat for hours.

Russians also bristled at how the widespread adoptions appeared to show them as hardhearted or too poor to take care of orphans.

Astakhov, the children's ombudsman, charged that well-heeled Americans often got priority over Russians who wanted to adopt.

A few lawmakers even claimed that some Russian children were adopted by Americans only to be used for organ transplants or become sex toys or cannon fodder for the U.S. Army. A spokesman with Russia's dominant Orthodox Church said that children adopted by foreigners and raised outside the church will not enter God's kingdom.