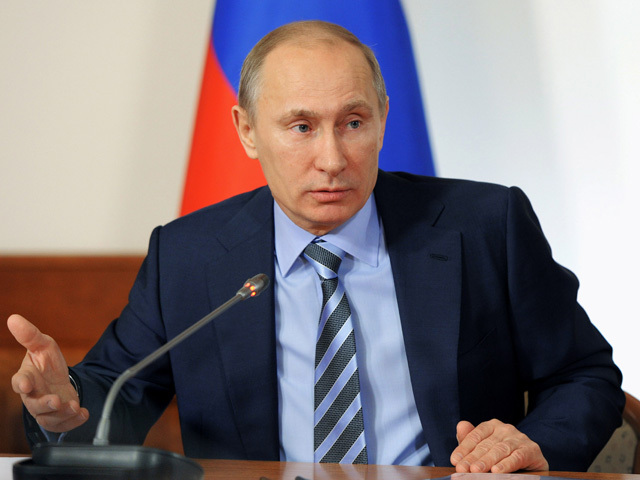 MOSCOW - Facing a swelling wave of public anger over fraud-tainted elections, Prime Minister Vladimir Putin on Tuesday rejected demands for a rerun of the vote, while the Kremlin reassigned the architect of his tightly controlled political system to a job with no apparent domestic political duties.

The order by President Dmitry Medvedev to make Vladislav Surkov a deputy prime minister in charge of economic modernization was variously interpreted as a sign that leaders recognize the need for significant reform and as a cosmetic move with little meaning.

Allegations of fraud in the Dec. 4 national parliamentary election sparked a wave of protests unprecedented in post-Soviet Russia, including two vast rallies in Moscow that attracted tens of thousands. Putin, who was president in 2000-2008, seeks to return to the Kremlin in elections in March, and the protests have undermined his image as the inevitable winner.

Putin and Medvedev have sought to dilute the protests by rolling out a set of proposed political reforms, but have firmly resisted the protest leaders' main demand that the parliament elections be annulled and rerun. Opposition forces also say the proposed reforms are too little and too late.

In a meeting with supporters Tuesday, Putin again took a tough line on the election, saying "there can't be any talk about reviewing it" — a position likely to lead to more protests.

The protesters have not only denounced the elections, but the entire so-called "managed democracy" political system implemented under Putin, under which parties that do not take their cues from the Kremlin or United Russia have been forced to the far sidelines.

Surkov, whose formal title had been deputy chief of the presidential administration, was seen as the developer of that system. He also is believed to be the creator of the intensely pro-Putin Nashi youth movement despised by the opposition.

Former Finance Minister Alexei Kudrin, a close Putin associate, was quoted by the state news agency RIA Novosti as saying The decision about the departure of Surkov, which I understand was made by Putin and Medvedev, is a very serious order for the renovation of the political system."

But in the view of Mikhail Prokhorov, the tycoon and New Jersey Nets owner who plans to run against Putin in March, "what happened today is no more than the moving of people from one office to another."

Putin on Tuesday urged his supporters to ensure fairness of the presidential vote to prevent any possible criticism, and discussed details of his proposal to put web cameras at all polling stations. He also suggested that all ballot boxes be made transparent.

"As a candidate, I don't need any vote-rigging," Putin said. "I want the election to be maximally transparent. I want to rely on people's will."

Alexei Navalny, an anti-corruption lawyer and popular blogger who has been a key driving force behind the latest protests, vowed that up to a million demonstrators would take to the streets before the presidential election.

Although Putin is seen as still the strongest candidate in the presidential elections, recent polls suggest his support his not enough to win an outright victory in the first round.

His United Russia party retained a slim majority in parliament in the December elections, but lost about 25 percent of its seats. The party's electoral performance, which protesters say would have been even weaker in an honest count, has galvanized opposition forces that were long marginalized under Putin.