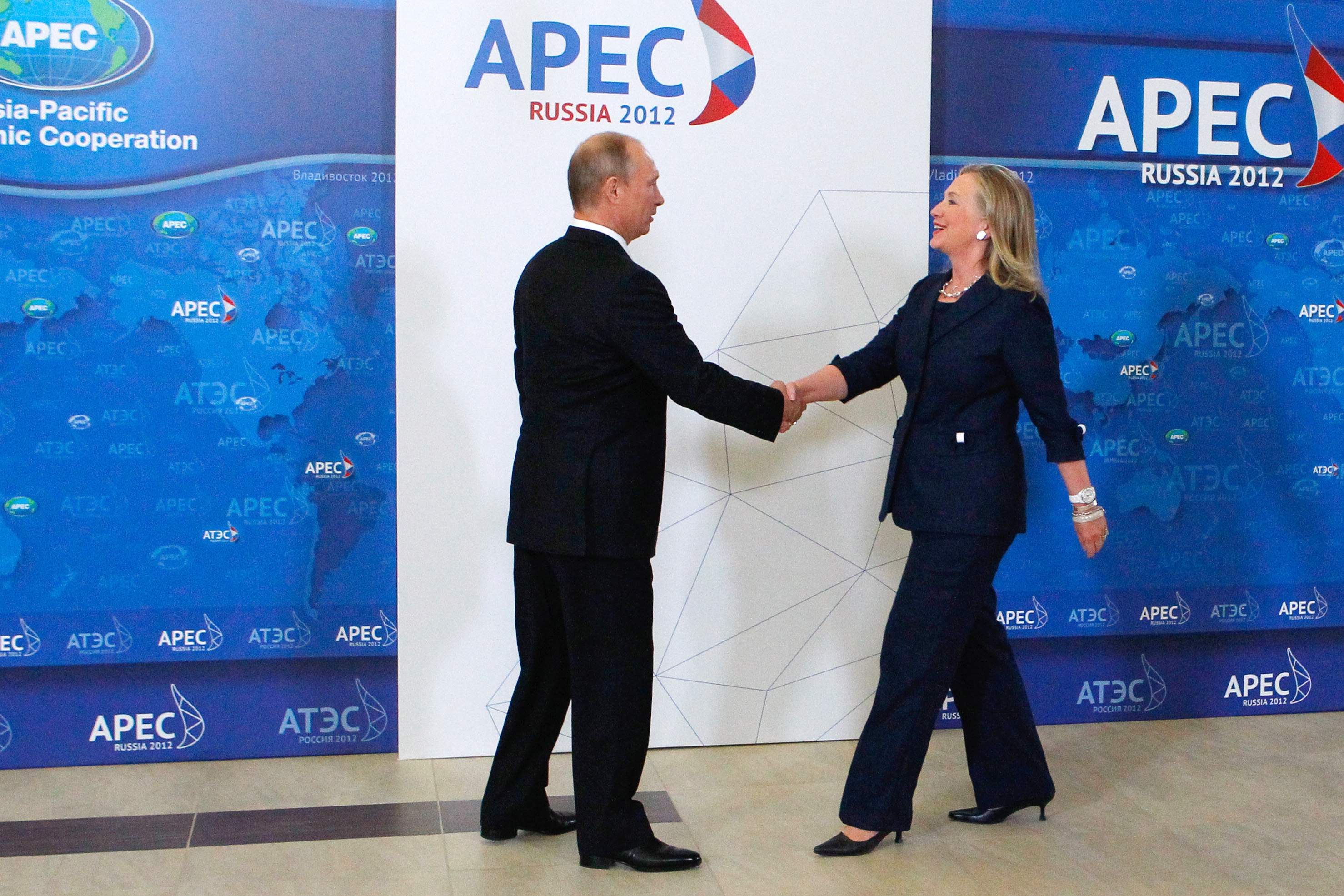 Russian President Vladimir Putin offered an early look at the kinds of challenges former Secretary of State Hillary Clinton might face if she is elected the first woman president of the United States when he called Clinton "weak" and said it was best not to argue with her.

Putin was responding to a question about remarks Clinton made at a California fundraiser in March, where she compared Russia's actions in Ukraineto Adolf Hilter's incursion in Europe in the late 1930s.

"It's better not to argue with women," Putin said during an interview for Radio Europe 1 and TF1 TV channel Tuesday. "But Ms. Clinton has never been too graceful in her statements."

While noting that he and Clinton have had cordial conversations at international events, he added, "When people push boundaries too far, it's not because they are strong but because they are weak. But maybe weakness is not the worst quality for a woman."

The interviewer went on to say the he was "sure" Putin respects women, but asked whether Clinton had gone too far.

"Someday I will indulge myself and we will laugh together at some good joke. But when I hear such extreme statements, to me it only means that they don't have any valid arguments," Putin said.

"They are always involved in the fates of other countries even though they are thousands of kilometers away from U.S. borders. So it is ironic that our U.S. partners accuse us of breaching some of these rules," he said.

At the March fundraiser, Clinton told the audience that if Russian intervention in Ukraine sounded familiar, that's because "it's what Hitler did back in the 30s."

"All the Germans that were ... the ethnic Germans, the Germans by ancestry who were in places like Czechoslovakia and Romania and other places, Hitler kept saying they're not being treated right. I must go and protect my people and that's what's gotten everybody so nervous," she said.