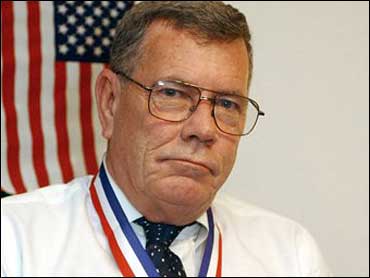 Tradition and competition have been well-worn words in the Casey Martin case, and they have been defined in different ways by opposing sides. They are also key words in whether Jack Nicklaus should be allowed to play in the U.S. Open.

Tradition would seem to cry out for Nicklaus to play in the Open as long as he wants to tee it up.

Concerns for competition would seem to indicate that the 156 spots in the Open are too precious to hand out to players without a realistic chance of winning.

But Jack Nicklaus is Jack Nicklaus and, unlike the Martin case, this is not a situation where making an exception for one person sets a precedent.

It would be enough for the U.S. Golf Association to say, "We are letting him play because his name is Nicklaus and only he, Ben Hogan, Bob Jones and Willie Anderson have won the Open four times."

No one would argue with that.

When the USGA announced last month it had granted no special exemptions to the 1998 U.S. Open, it seemed to mean that Nicklaus' streak of playing in every major championship since 1962 would end after the Masters.

But the 16-member USGA executive committee could still change its mind and extend a special exemption as late as May.

The USGA should use that power to let Nicklaus, 58, play in his 42nd consecutive U.S. Open and 146th consecutive major professional championship since he joined the pro tour in 1962.

"If I happen to get invited to the U.S. Open, then I'll play all the majors again," Nicklaus said Tuesday in Australia, where he is this week for the Greg Norman International. "If I don't, then I'm going to stop at the Masters."

The Masters and the PGA Championship give lifetime exemptions to all past winners. The British Open gives past champions free passes until they are 65.

That means the U.S. Open is the only one of the four majors that could stop Nicklaus' run for the next seven years.

"I don't want to make an issue out of it one way or other," Nicklaus said. "If they think I can add to the tournament and be competitive, I'll be delighted to play. But if they don't, I understand and have no problem with that."

That is another reason Nicklaus should get a lifetime pass to the U.S. Open: He and Arnold Palmer have always thought of the game first and themselves second.

"I don't expect to play how I used to ... but I can still play at a level good enough to win, and I really think that or else I wouldn't play at all," he said.

Hale Irwin captured lightning in a bottle, winning the 1990 U.S. Open after he was admitted on a special exemption when he was 45.

But of the 33 players who have received special exemptions to the Open since Hogan got the first one in 1966, only two others beside Irwin Lee Trevino (ninth) and Tom Watson (fifth) ave finished in the top 10.

Where those players with special exemptions finish, however, is not the point. It is the fact that they started that they played
that counts.

Nicklaus has received five special exemptions to the Open, tying him with Palmer for the most.

If Jack is let in again, could it be argued that Arnold should be allowed in also? Yup. Is there anything wrong with that? Nope.

Should all Open champions get lifetime exemptions? Not necessarily.

How about this: Create a Service to the Game Lifetime Exemption.

The purpose of the special exemption is probably best personified by the person who got the first one Hogan.

It should be used to keep in the public's eye the living history of the game.

When Nicklaus shot a 66 in the second round of the 1996 British Open at Royal Lytham the electricity that crackled over the 18th fairway on that wonderful Friday as he walked to the final green was truly special.

The opportunity for that excitement should always exist.

Give Jack Nicklaus a lifetime exemption to the U.S. Open, and take Arnold Palmer with him.

Written by Ron Sirak AP Golf Writer
©1998 The Associated Press. All Rights Reserved. This material may not be published, broadcast, rewritten, or redistributed