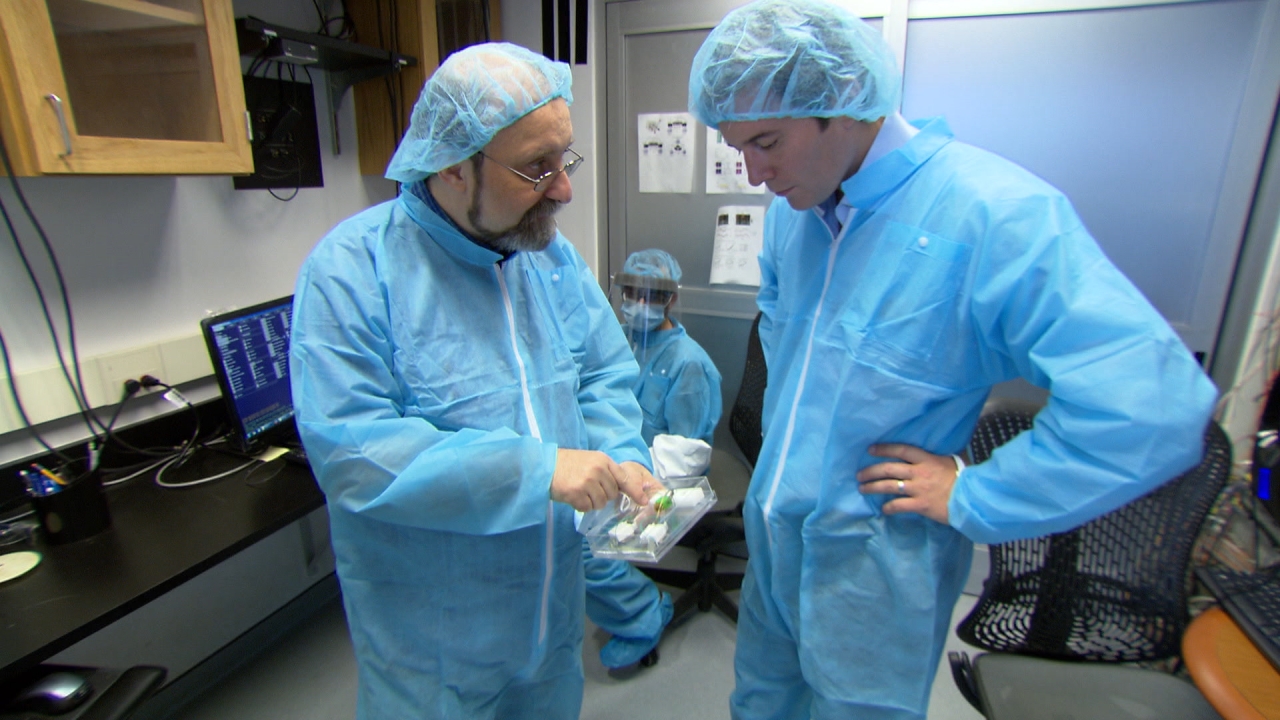 Meet Mango the monkey and his problem-solving partner, Romeo.

At Duke University, both primates are currently separated physically, but will soon be connected, mentally. Signals from their brains will be merged as the result of years of research inside the lab of Dr. Miguel Nicolelis.

Nicolelis has made studying the brain his life's mission. It was his neurological work with rats that first gained widespread attention. Then he taught primates how to move wheelchairs and exoskeletons using only their minds.

That was followed by his wildest idea yet: trying to merge the power of multiple brains.

"We needed to create a new paradigm. So we introduced this concept of linking brains to machines," Nicolelis said.

Some of his peers said it would be an impossible feat.

"Some of our colleagues said we need some help of the psychiatric variety," he recalled.

Dr. John Sampson is the chief of neurosurgery at Duke.

"What he does is seemingly crazy until you talk with him and think about it enough, and you suddenly understand that he just has a deep understanding of not just how the brain works but of how the whole nervous system works," Sampson said.

This is what Nicolelis and his colleagues came up with: They put ultra-thin, flexible metal filaments into the brain tissue.

"They are the diameter of a hair and we can put them in different lengths so we can record a volume of brain tissue," he explained.

The filaments pick up the electrical activity of living brain cells, hundreds, if not thousands, which are communicated to a computer, and then, as we watched, merged together.

You end up seeing what appears to be one body, but it's actually two brains.

He's creating something that we essentially see in nature -- a flock of birds, a herd of cattle, schools of fish.

"These animals are capable of working together and generating these group behaviors, these social interactions," he said.

In the process, the monkeys are not hurt.

"They live many, many years and they are very playful because they're are doing something no primate ever thought they could do before," Nicolelis said.

Nicolelis said the implications are enormous. If the brain signals of primates can help other primates in a controlled environment, could a healthy human brain help heal a damaged human brain?

The goal is to potentially help someone who is paralyzed walk again.

"We start with spinal cord injury, but we are hopeful this could be used for other disorders like strokes and even in some cases Parkinson's disease," Nicolelis said.

It's work he's already put to the test. Last year, Nicolelis and a team paired the mind of a 29-year-old paraplegic to a robotic skeleton. By simply thinking about it, Juliano Pinto delivered the World Cup opening kick.

"He actually felt the impact," Nicolelis said. "And he had the clear sensation that he actually kicked the ball... It's important that the patient feel the ground and feel that they are doing that themselves and have a sensation that is realistic."

"I think the potential that Dr. Nicolelis is bringing to the field is the understanding that we are not limited in our minds. Our bodies are what's limiting us," Sampson said. "There are really no limits to what a single human brain could do or ... what several brains could do together."

"We are just starting to realize how complex it is. How a 100 billion neurons interact to create what we call the human condition. This is the big challenge," Nicolelis said.

Nicolelis said he's on the verge of his next big breakthrough. He has already pooled the minds of three monkeys. In terms of how far this research could go, Nicolelis was clear that this is not the path to mind reading -- that is simply too complex.

Country star Eric Church has a message for ticket scalpers