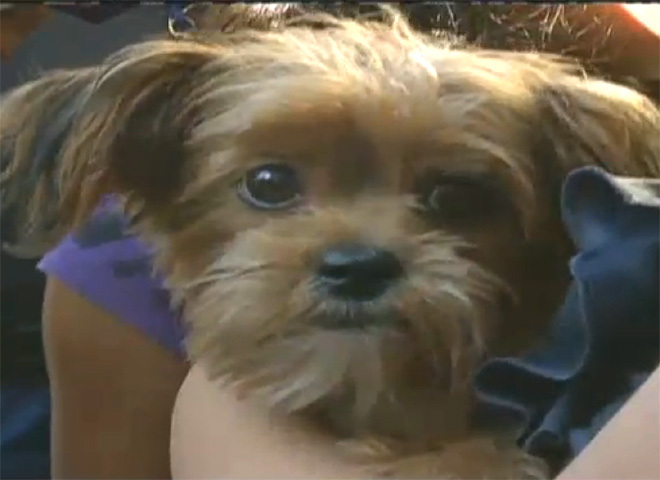 SAN JOSE, Calif. There's a happy ending for a Northern California girl who offered her piggy bank savings for the return of her stolen puppy.

Ten-year-old Marissa Mabanag's dog was stolen during a burglary earlier this week at her San Jose home. It was the second time her family's residence had been broken into.

The girl offered the contents of her piggy bank to boost the $6,000 in reward money gathered by San Jose police and firefighters unions and Councilman Ash Kalra.

Police union president Jim Unland says Blanca Del Real, the woman who found the puppy at the Target in Los Banos, will receive the $6,000 reward.

"I'm just so happy he's back with his family," said Marissa Mabanag as she clutched Meeko. "He's safe no matter what now."

Councilman Kalra told KPIX that he sees a trend of increasingly brazen burglaries in the city that he finds deeply troubling.

"People are very well aware of the fact that we're so short on officers," Kalra said. "This puppy was found 72 miles away, which means there are people that are coming from long distances to take advantage of our residents."