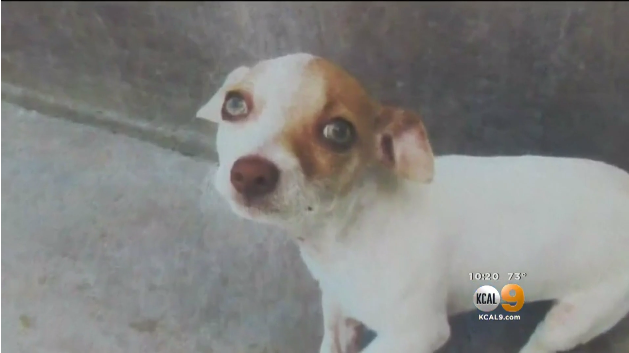 He was strung out on heroin, methamphetamine, and marijuana when his owner was arrested on suspicion of drug possession at a Tustin motel.

That was last March.

Today, the Jack Russell Chihuahua mix is drug-free and ready to be adopted after going through detox.

"Initially, we had some concerns about how Bubba would be affected by drugs in his system," said Katie Ingram of OC Animal Care.

KCBS first shared photos of Bubba after he was removed from his owner. O.C. Animal Care officers couldn't believe the number of people who wanted to adopt him.

"We had calls from all over the world inquiring about Bubba," Ingram said.

And finally, for the first time in four months, Bubba is drug-free and up for adoption.

"He's been tested regularly and so far everything's come back positive," Ingram said. "Last week, we had the first negative test for him. Cleared out of his system."

Officers are hopeful Bubba will find the family he's been waiting for on July 20.

"It's a special story. He's a special dog that deserves that second chance. The staff has become very attached to him after we've had him now for four months. It's gonna be sad but also happy to see him go to a new home," Ingram said.

Those interested in adopting Bubba should visit O.C. Animal Care by 8 a.m. Wednesday. The first person in line will be Bubba's new owner.