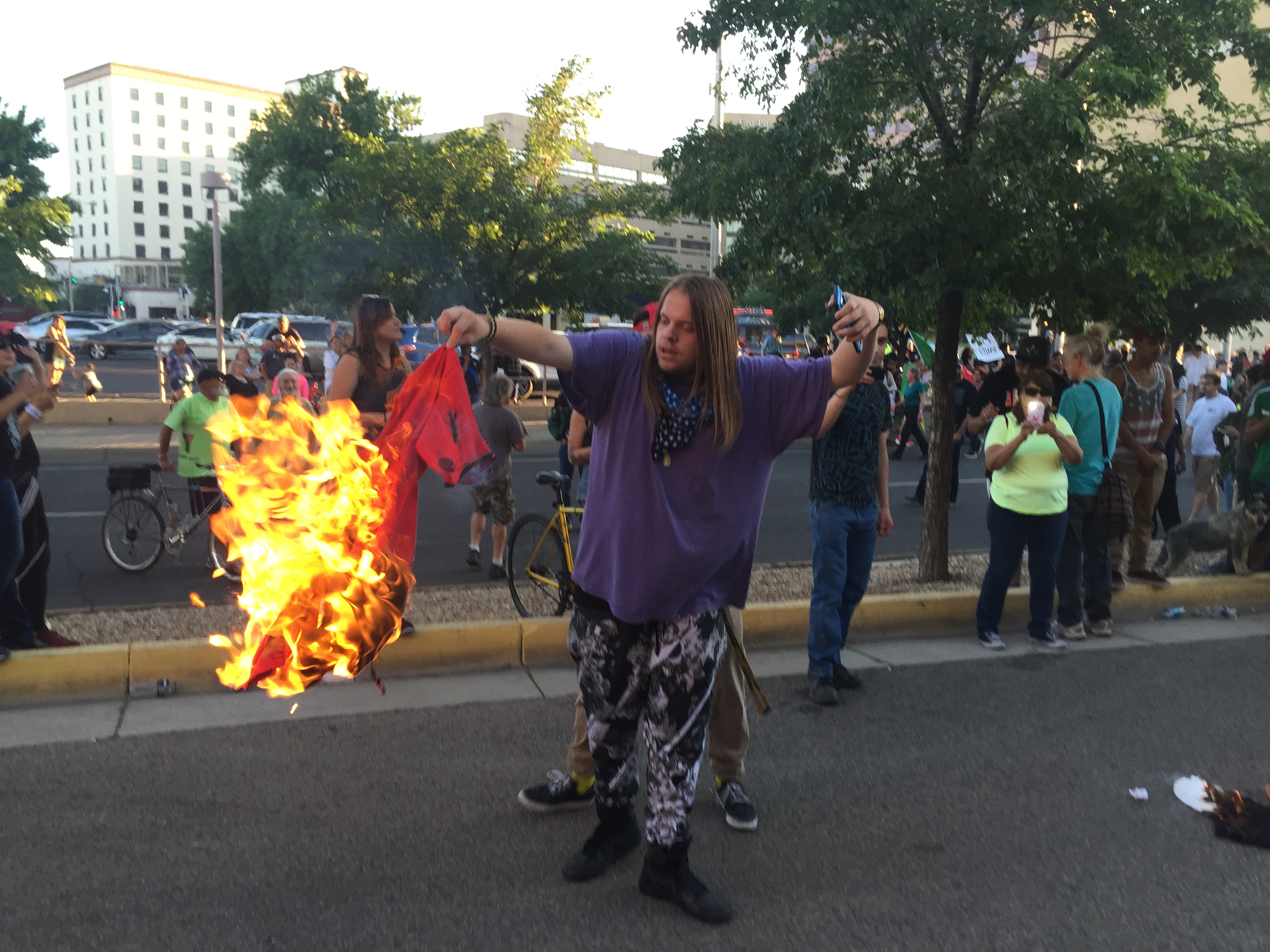 Police responded by firing pepper spray and smoke grenades into the crowd outside the Albuquerque Convention Center.

Albuquerque police tweeted that protesters were throwing bottles and rocks at their police horses. They also tweeted that the only arrests made so far were inside the rally, not outside.

Some of the protesters yelled at Dawn Selwyn and her 68-year-old mother, Olivia, as they got into line for their chance to see Trump.

Selwyn, a 50-year-old Lakota-Sioux woman, said she thinks Trump would be good for Native Americans.

During the rally, the presumptive Republican presidential nominee was interrupted repeatedly by protesters, who shouted, held up banners and resisted removal by security officers.

The banners included the messages "Trump is Fascist" and "We've heard enough."

Trump responded with his usual bluster, instructing security to remove the protesters and mocking their actions by telling them to "Go home to mommy."

He responded to one demonstrator by asking, "How old is this kid?" Then he provided his own answer: "Still wearing diapers."

Trump's supporters responded with chants of "Build that wall!"

Protesters outside overran barricades and clashed with police in riot gear. They also burned T-shirts and other items labeled with Trump's catchphrase, "Make America Great Again."