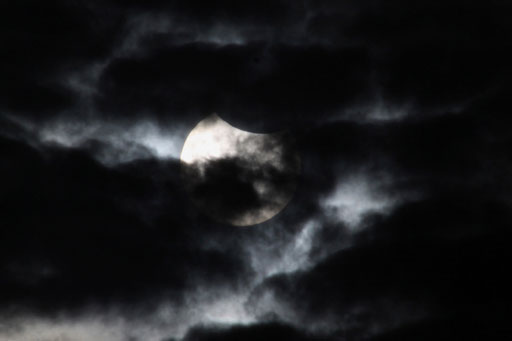 Small groups of demonstrators around the country marched and chanted to urge federal regulators not to give large media companies more control over the nation's newspapers, television and radio stations.

Thursday's demonstrations were staged just four days before the Federal Communications Commission was to consider eliminating many restrictions on media ownership in the same city.

Another proposal would raise an existing market cap that prevents any one company from owning a combination of TV stations that reach more than 35 percent of U.S. households.

In Los Angeles, about 60 people marched outside Clear Channel talk radio station KFI with signs reading, "No Choice, No Voice: Reclaim Our Airwaves."

"We're frozen out," said Karen Pomer, a member of the group Code Pink, which organized the protest and also rallied for peace during the war in Iraq. "All of this is benefiting conservative voices."

San Antonio-based Clear Channel has become a favorite target for those who oppose deregulation. The company owns 1,200 stations nationwide, including nine in Los Angeles.

About a dozen people protested outside the Clear Channel building in Pittsburgh. Protesters carried a woman's pink slip scrawled with the words, "You are canceled for assault on free speech."

A Clear Channel spokesman said media coverage of the protests is evidence that diverse viewpoints are not ignored.

"Americans today have more diverse choices for entertainment, news and information than ever before," said Andrew Levin, Clear Channel's senior vice president for government affairs. "Radio is the only medium I know where the customer can switch providers at 60 mph."

Nancy Gonzalez, news director at Channels 2 and 9 in Los Angeles, argues that after the merger both stations got better.

But reporters often file the same reports for both stations.

FCC Chairman Michael Powell has said the regulatory changes are needed to reflect a market altered by cable TV, satellite broadcasts and the Internet.

"Eighty-six per cent of Americans now watch cable television with upwards of 60 to 100 to 500 channels," Powell told Andrews. "I can push that button and move from the ABC-controlled product to a product owned by an independent company, if I choose."

If the FCC doesn't act, outdated rules will be swept away by court challenges, he said.

"We lose something, we lose different points of view" from conglomerate media ownership, disagrees Gene Kimmelman of Consumers Union.

A protest in New York was organized by United for Peace and Justice NY, an anti-war group. About 150 people picketed outside station WWPR and carried signs that read, "Farewell Free Speech, We'll Miss You" and "The Airwaves Belong to the People, not Clear Channel."

Relaxing restrictions on media ownership is opposed by the two Democrats on the FCC and backed by the three Republicans, including Powell. The FCC hearing was set for Monday in Washington.

Proponents include large media companies such as CBS parent Viacom and Rupert Murdoch's News Corp., both of which own television stations as well as television networks. Murdoch is also seeking regulatory approval for his purchase of a controlling share of the satellite television service DirecTV.

Another media titan, Ted Turner, is on the other side. In an op-ed piece Friday in The Washington Post, he said that even though he's a major shareholder in conglomerate AOL Time Warner, he believes the proposed rules "will stifle debate, inhibit new ideas and shut out smaller businesses trying to compete."

He said he bought a UHF television station as a fledgling entrepreneur, but no one could do that now, because "they're all bought up."

The key changes would allow one company to own three TV stations in America's largest cities, two TV stations in many other cities, and would raise the total number of stations a single company could own. Fewer and fewer companies would then be in charge of the content and the quality of the news.

"Citizens lose that ability to choose that variety and diversity of points of view," said Kimmelman. "That's what democracy is all about."