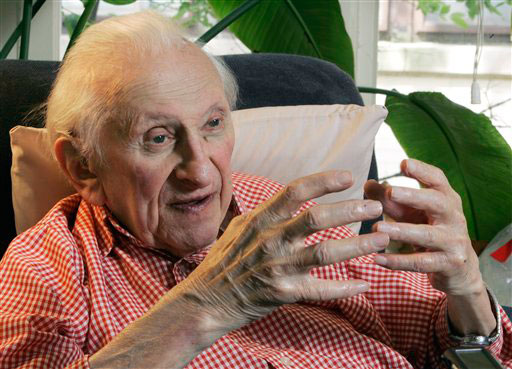 Betty White, actress and a spokesperson for the National Fraud Against Senior Citizens Awareness campaign and Lee Heath, U.S. Chief Postal Inspector visit The Early Show to talk about how to keep from being scammed.

"The purpose of this campaign is to help us get the message out to senior citizens not to become victims of fraudulent scams," says Heath. "This was a grassroots effort started with our personnel from Pittsburgh, Pennsylvania, who thought it would be an excellent idea, and Sen. Levin from Michigan gave a lot of help and also Sen. Collins from Maine. They jointly introduced the Senate resolution establishing National Fraud Against Senior Citizens Awareness week" starting Aug. 25, 2002.

Health says the primary reason they started this awareness effort is that the U.S. Postal Inspection Service noticed that fraud complaints it received have increased this year over the last year. "In this area of fraud, senior citizens make up 60 percent of the victims, a vast majority are 60 and over," says Heath. "They are especially vulnerable during times of some economic downturns when they are looking for a place to invest their hard earned savings and to insure their future. Likewise, during a downturn in the economy we also see a spike in fraudulent operators and the message that we convey to the senior citizens is the fact they have worked hard to earn their money. We need to try to continuously educate them to hold onto their money."

So White joined the effort. She notes that when she made a public service announcement about this problem five years ago, illegal telemarketers were scamming people out of about $20 billion a year. Today, she says, it is up $40 billion.

"I just think it's crucial that we do something to protect these people who are picked on because they are vulnerable. So many of them are home alone and happy to talk to someone who will stay on the phone with them and they have so many insidious ways to engage in conversation. The next thing you know, they are getting financial information."

White points out that this awareness campaign is not just for senior citizens. "This is also aimed at the families of senior citizens because so many times a senior will get in a bind and they are embarrassed, so they won't tell their families and then no one can do anything about it. We are trying to get the word out to the family," she says.

Heath explains that many times when senior citizens are contacted by a fraudulent telemarketer, they feel pressured to become a victim after spending a long time on the telephone. "In the fraud area, this is the only time when an individual can choose to be a victim or not," he says.

"It's appalling what can be the end result," says White about the impact of this problem on senior citizens. "They can lose their life savings, their house and everything they have."

White's advice to senior citizens is not to give out any financial information to a telemarketer or in response to a letter saying that you have won a prize and need to send money in before getting it.
She said that the problem has reached epidemic proportions. To get the word out about this problem, White has done a TV and radio commercial.

This fraud prevention awareness campaign will be rolled out across the country this week, says Heath. There will be posters drawing attention to this type of crime in all of the lobbies in the 38,000 post offices across the country. Postal inspectors and postal services have mailed approximately 3 million postcards to senior citizens in selected areas that have had a higher rate of fraud victims who are senior citizens. And over the next tree months when senior citizens order their stamps by mail from the postal service, there will be a reminder to the recipient about senior fraud.

If you have a question or problem regarding mail fraud, please call the Federal Trade Commission at 1-877-987-3728.