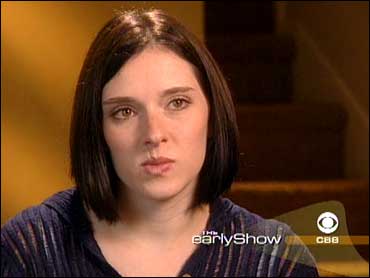 According to the Federal Trade Commission, an estimated 200,000 people a year are being victimized by a growing crime: medical identity theft.

One of those victims was Anndorie Sachs. Several months ago, she got an alarming phone call: her newborn baby had just tested positive for illegal drugs — but Sachs hasn't given birth in years.

"I was absolutely floored, you would just never imagine in a million years that something could happen like this," she told The Early Show consumer correspondent Susan Koeppen. "As much as I denied it, they just kept insisting that yes, I was the mother of this child, there was nothing I could say to get out of it."

To make matters worse, authorities showed up at her door the next day, called her an unfit mother and threatened to take away her four kids.

"When you know you're innocent and you didn't do anything wrong, it just absolutely — I was in tears, I was a wreck," she said.

It turned out that someone had stolen her driver's license, walked into a hospital, and had a baby and left Sachs with a $10,000 bill and a fight to clear her name.

Chris Dorn, a fraud expert with Ingenix, a company that tracks medical ID theft cases, says victims of medical identity theft also have to worry about medical records being altered with the crook's information substituted for their own.

To crack down on the problem, some hospitals like the University of Connecticut Health Center outside Hartford, Conn., now ask patients for proof of identification. Administrators say the policy went into effect after a rash of medical ID thefts. Hospital officials say the policy is working.

"About two to three times a week, we have patients that come in and we ask them for ID and they say it's in the car, and they go out to their car and don't return," said Marie Whalen, who works at the hospital.

Sachs says her fraud case wreaked havoc on her life. She had to take a DNA test to prove she wasn't the mother of the drug-addicted baby, and she fears the long-term damage that may have been done to her medical records.

"Am I going to have some emergency some day and I'm gonna show up at the hospital and they are going to give me the wrong blood type because they still have her blood type in the files? I just don't feel safe anymore," she said.