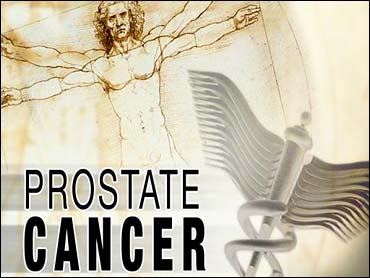 (CBS) There's good news on the prostate cancer front - and a bit of bad news too.

A new study out of Sweden says that regularly screening men between the ages of 50 and 65 for prostate cancer can cut the death rate by as much as half.

The bad news is that over-screening can lead to unnecessary surgery and overly aggressive treatment.

For every death averted, 12 men needed to be screened in the Swedish study, which was published last Thursday in the British medical journal The Lancet.

Researchers at the University of Gothenburg looked at more than 20,000 men over a 14-year span. They screened half of the men for prostate cancer with the prostate-specific antigen (PSA) test, the most commen method used in America.

PSA screening of this age group "can result in a relevant reduction in cancer mortality," the study's lead author, Jonas Hugosson, told Reuters.

The flip side is that more than a million American men have been treated for prostate tumors that probably would not have done them much harm, according to a large 20-year study published last year in the Journal of the National Cancer Institute. That study found that 20 men had to be treated for every one who benefited.

Around 32,000 men die each year from prostate cancer in the U.S., according to the American Cancer Society, which says more than 200,000 cases are diagnosed in the country each year. The disease is the second leading cause of cancer death among American men.