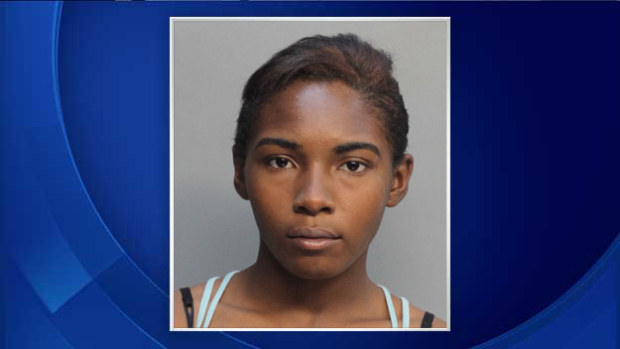 MIAMI - Florida prosecutors said Thursday they will seek the death penalty for a teenage girl accused of taking part in the murder of another teen who was attacked with a machete, reports CBS Miami.

Desiray Strickland, 18, has been indicted for first degree murder in the June death of 17-year-old Jose Guardado, along with five other suspects: 23-year old Joseph Cabrera, 20-year-old Kaheem Arbelo, 18-year-old Jonathan Lucas and 19-year-old Christian Colon. On Thursday, Strickland's attorney entered a plea of not guilty and said they would go to trial.

The suspects and victim were students at Homestead Job Corps, a live-in school and vocational training program for at-risk students run by the U.S. Department of Labor.

Prosecutors say the group spent two weeks planning Guardado's death, including digging a shallow grave in the woods near their school days before he was killed.

On Sunday, June 28, they allegedly lured Guardado into the woods, where police say Arbelo ambushed him with a machete as the others watched. As Guardado lay dying on the ground, the group allegedly ordered him to crawl into the grave.

Police say when Guardado made one last attempt to fight back, Arbelo struck him repeatedly until his face caved in.

They then allegedly buried him and, to hide evidence, burned Guardado's belongings as well as their own clothes, according to police.

Investigators say all but Strickland and Arbelo went back to campus, and the duo allegedly stayed behind to have sex near where the murder took place.

Guardado's remains were discovered four days later by family members who were searching for him.