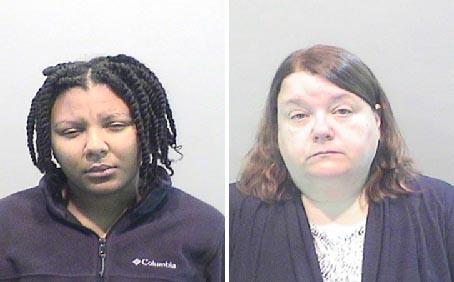 DETROIT -- Prosecutors on Monday took the rare step of charging a social worker and her boss with manslaughter and child abuse, alleging they neglected to do everything required to protect a 3-year-old Detroit boy who died.

Child Protective Services worker Elaina Brown, 24, and her supervisor, Kelly Williams, 47, were arraigned on charges of involuntary manslaughter, second-degree child abuse and neglect in the death of Aaron Minor.

Prosecutors allege that after identifying Aaron as vulnerable, Brown and Williams failed to provide a safety plan, ask police to conduct a safety check or file a juvenile court petition on Aaron’s behalf.

Deanna Kelley, the attorney representing Kelly Williams, said Aaron’s death was “unspeakable,” but every tragedy isn’t “the result of a crime.” Kelley added she doesn’t understand why prosecutors would charge people “who have dedicated their lives to helping and protecting children.”

“Human nature is to want to hold someone accountable,” she said. “What’s so scary is to charge them with an intentional act ... when you disagree with a judgment call.”

The boy’s decomposing body was found in his mother’s apartment in June while she was in a hospital psychiatric unit. Deanna Minor was charged in August with murder and child abuse. A competency hearing is set for Nov. 30.

Wayne County Prosecutors allege that Brown and Walker ignored reports that the child’s mother was increasingly incapable of caring for the child due to mental illness, and that he was at a continuing risk of harm, CBS Detroit reported.

Brown and Williams have been suspended with pay. Michigan Department of Health and Human Services spokesman Bob Wheaton said officials are fully cooperating with the investigation.

Wayne County prosecutors say Brown, acting on a referral from Deanna Minor’s mental health worker, visited Minor and her son in April and found the food in the home to be inadequate. Brown spoke to her supervisor after the visit and sent a letter asking Minor to contact Child Protective Services, but prosecutors allege the mother didn’t do so.

Authorities say Brown never saw the Minors again, and both Brown and Williams were “grossly negligent and reckless in performing their duties.” Charging state social service workers, they contend, is a rare but necessary step in this case.

“We must seek to hold these defendants responsible for their alleged inaction,” prosecutor Kym Worthy said in a statement. “The ultimate result in this case was the death of a child that never should have happened.”

Brown and Williams are due back in court next Monday.

It’s still, meantime, clear exactly how Aaron Minor died. The Wayne County Medical Examiner’s Office ruled the boy’s death a homicide; but despite an autopsy and toxicology tests, said the cause of death was inconclusive, CBS Detroit reported.