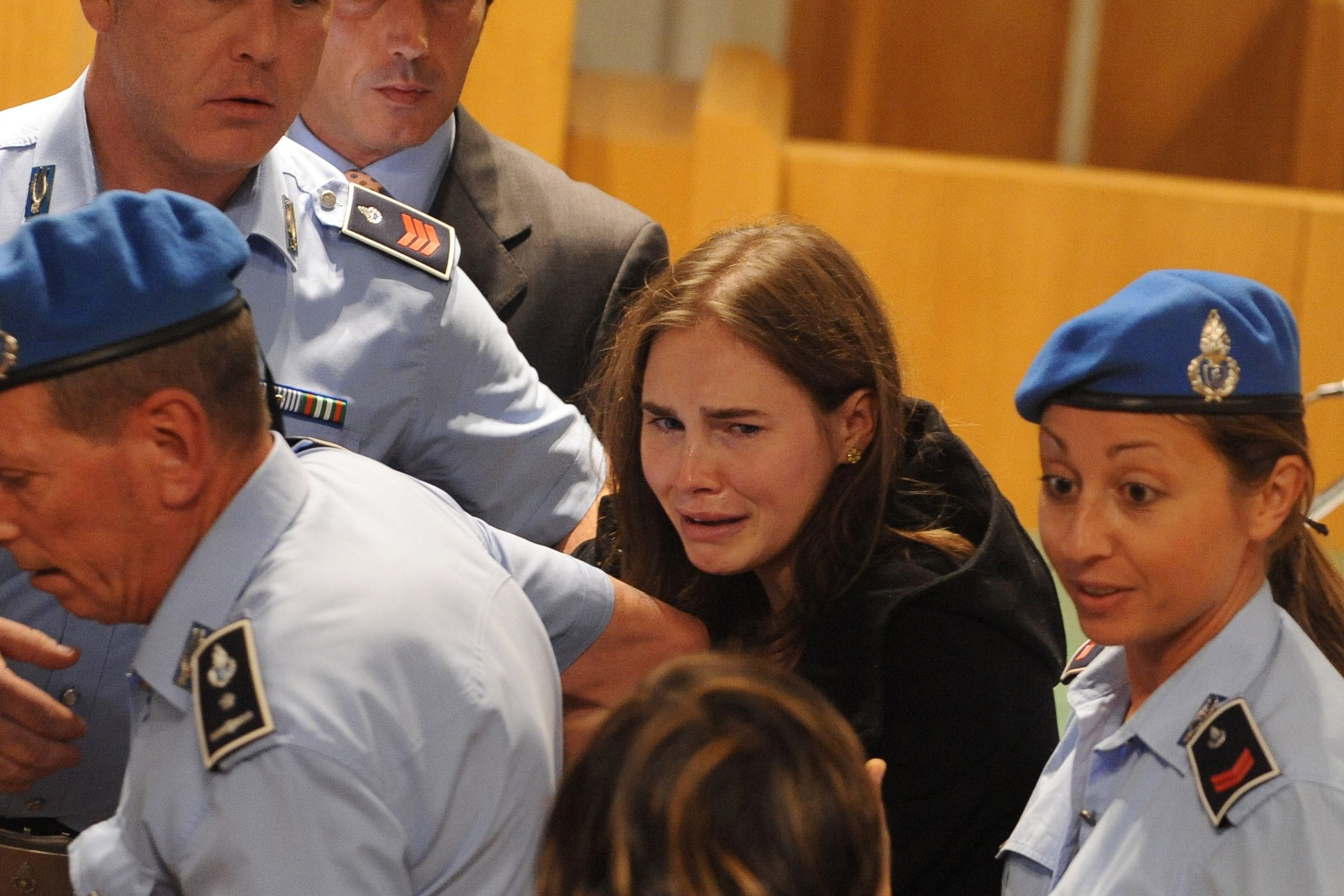 MILAN - Italian prosecutors are appealing to Italy's highest criminal court a decision to throw out the murder conviction of American student Amanda Knox and her former boyfriend.

After spending four years in an Italian prison, and having been convicted of participating in the 2007 murder of her British roommate Meredith Kercher, Knox's conviction was overturned by an appeals court and she was released last October, when she returned home to Seattle.

Prosecutors saw their case collapse over discredited DNA evidence against Knox and her co-defendant Raffaele Sollecito, who was also freed.

Luca Maori, Sollecito's lawyer, said the high court is expected to issue its decision toward the end of the year.

"We will write our brief to say it's a mistake," Maori said.

The high court cannot hear new evidence, and will make its decision based on what has been submitted in earlier trials.

Knox and Sollecito were found guilty in a lower court of slaying Kercher in what prosecutors described as a sex-fueled attack, and sentenced to 26 years and 25 years respectively. An appeals court then said the evidence did not hold up, freeing Knox to return home to the United States after serving four years in prison.

The fatal blow to the prosecution's case was a court-ordered DNA review in the appellate trial that discredited crucial genetic evidence used to convict Knox and Sollecito in 2009.

Kercher was found slain in a pool of blood in the house she shared with Knox in Perugia. The appeals court in October said the guilty verdicts against the pair were not corroborated by any evidence, and that the court hadn't proven they were in the house when Kercher was killed.

Still, the appellate panel stopped short of saying what might have happened the night of the murder.

A third defendant, Ivory Coast-born drifter Rudy Guede, was convicted in a separate trial of sexually assaulting and stabbing Kercher. His 16-year sentence, reduced in appeal from an initial 30 years, was upheld by Italy's highest court in 2010.