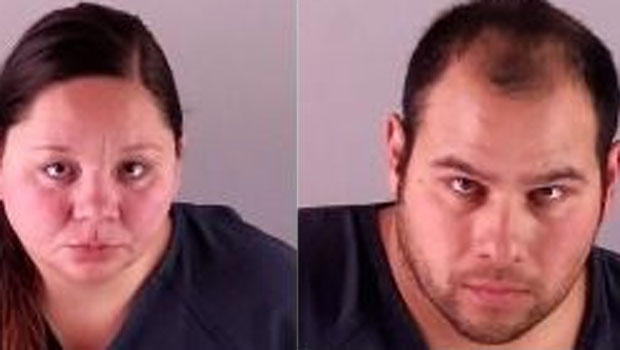 BEND, Ore. -- A central Oregon couple charged with killing their 5-year-old daughter debated whether they should take her to a doctor hours before she died, according to newly released court documents.

Prosecutors say the couple intentionally withheld food from the girl.

Estevan Garcia and Sacora Horn-Garcia texted each other on Dec. 21 - the day Maliyha Garcia died from emaciation - trying to decide whether to take the girl to the doctor, The Bend Bulletin reported. Horn-Garcia eventually wrote that she thinks the girl "needs to go in today."

But two hours later, paramedics found the girl unconscious in their Redmond home. Horn-Garcia, who had called 911, was giving the child CPR when police arrived.

But rigor mortis, when muscles stiffen after death, had set in by the time the girl reached the hospital, where she was pronounced dead. An autopsy found she died of emaciation. She weighed 24 pounds that day.

Garcia and Horn-Garcia were charged with murder, manslaughter and criminal mistreatment in early April, four months after their daughter's death. They have plea hearings scheduled in June.

Attorneys for both have declined to speak about the case, citing a gag order imposed shortly after the arrest by Deschutes County Circuit Judge Beth Bagley.

In his report, a Redmond police officer noted that every one of the girl's ribs was visible. "Arms and legs looked like bones with skin hanging on them," he wrote.

Garcia adopted his niece Maliyha when she was 3 months old. She was born with methamphetamine in her system, and her mother immediately lost custody. Horn-Garcia is the girl's stepmother.

According to court documents, investigators found a long trail of abuse.

Witnesses reported that the couple routinely withheld food from Maliyha as a form of punishment and that her bedroom was rigged with an alarm that would go off if she sneaked out at night to get food, according to court documents.

Horn-Garcia told police that Maliyha wasn't eating because of the illness. But prosecutors allege that the girl showed signs of prolonged malnourishment, including a distended stomach and muscle wasting.