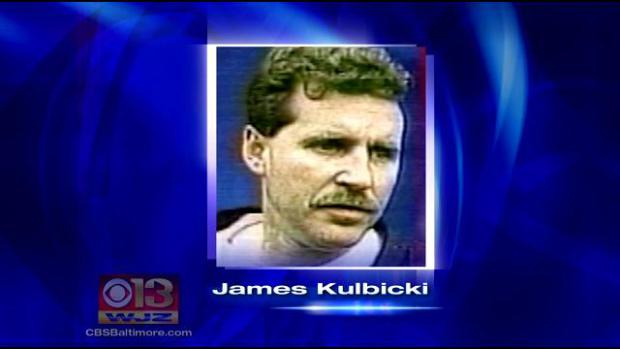 BALTIMORE - Prosecutors with the Baltimore County State's Attorney's Office said they will assess the feasibility of holding a new trial for a former Baltimore Police officer whose nearly 20-year-old murder conviction was overturned Wednesday.

Former officer James Kulbicki won a chance at a new trial earlier this week after the Maryland Court of Appeals tossed his murder conviction because of flawed bullet analysis.

Kulbicki, now 57, was convicted in 1995 of first-degree murder in the slaying of his alleged mistress, 22-year-old Gina Nueslein. Her body was discovered in 1993 in the Gunpowder Falls State Park.

In its 4-3 ruling, the Maryland Court of Appeals wrote that the use of Comparative Bullet Lead Analysis, in which the elemental makeup of bullet fragments are compared to one another, contributed to Kulbicki's conviction and is "evidence not generally accepted by the scientific community."

Kulbicki filed a post-conviction appeal in 1997, arguing that the ballistic evidence was more conjecture than science, and that his attorneys failed to adequately cross-examine the state's expert who drew conclusions from the faulty analysis. In 2006, the appeals court issued an opinion debunking the accuracy of the forensic technique. Kulbicki used the opinion to bolster his appeal.

"The use of CBL evidence never should have been introduced in court because the conclusions it led to were simply not true," said Edwin Kilpela, Kulbicki's attorney, adding that his client's case is "one of several" in the past 10 years that highlights the inaccuracies of bullet analysis.

Prosecutors say they are looking into retrying the case, if witnesses are available and evidence is accessible.

"We're planning on looking at whether we can and whether we should," said Deputy State's Attorney John Cox. "Number one, we have to assess if there are any other options available, but we are certainly beginning our investigation. You've got to see if the physical evidence exists."

Cox said if prosecutors decide to order a new trial, they could use transcripts from the previous trial if certain witnesses are unavailable.