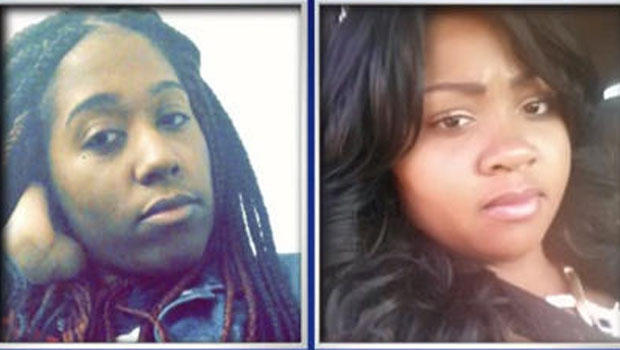 NEW YORK -- A New York City woman accused of cutting a fetus from a nearly nine-month pregnant woman intended to kill the expectant mother, but wanted the child to live and to claim it as her own, a prosecutor argued in court Monday, reports DNA Info.

Ashleigh Wade is accused of stabbing Angelikque Sutton multiple times on Nov. 20, 2015 in Wade's Bronx apartment, and slashing her in the abdomen in order to remove the nearly-full-term baby from her womb. Sutton bled to death. The child survived, and is now a healthy toddler.

"She was able to do it without causing any injury to the baby. It's a miracle and it's also proof of guilt," Meredith Holtzman, a prosecutor for the Bronx District Attorney's Office, said during opening arguments, DNA Info reports.

Sources told CBS New York after the slaying the suspect and victim were friends in elementary school and had recently re-connected on Facebook. The two had bonded over their pregnancies -- police also said that the victim and suspect had dined together and shopped for baby items in the days prior to the attack.

But Holtzman reportedly said Monday Wade was in fact not pregnant but had conviced others she was as a part of an elaborate ruse.

Sutton was reportedly on her way to a courthouse the day of the murder to be married, DNA Info reports, when Wade allegedly lured her to her apartment under the guise of giving her a gift. Once there, Wade allegedly stabbed and slashed her in a brutal attack, cutting her throat to prevent her from screaming before removing the child, according to the website.

Wade then allegedly made the infant a bottle, wrapped her up, and told her boyfriend she had just given birth but that she'd also done something terrible, according to DNA info.

Police told CBS New York detectives who responded found a knife and placenta in the building. Wade was taken into custody while screaming that the baby was hers, police said.

Wade's attorney Amy Attias reportedly argued the case was "not so much about what happened, but about why," reportedly arguing that she didn't plan the attack and there was "something that went horribly wrong in Ashleigh Wade's own mind."

The trial is expected to last about a week and a half.