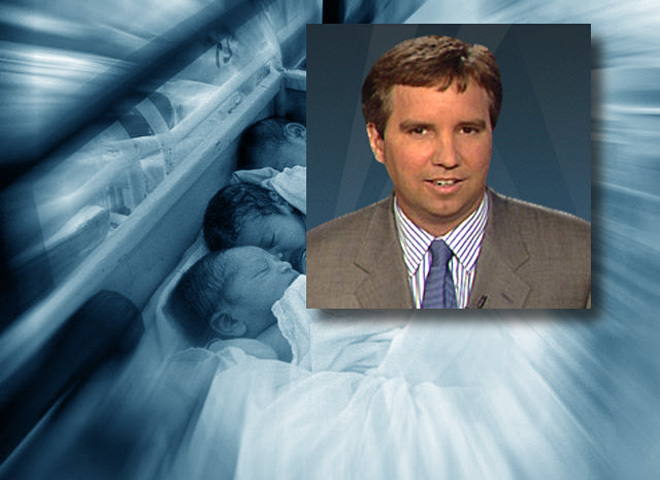 MOUNT KISCO, N.Y. Prosecutors alleged during the opening statements of Douglas Kennedy's trial that he kicked a nurse to the floor and twisted the arm of another when he tried to remove his newborn son from a hospital without permission.

A defense lawyer said the son of the late Sen. Robert F. Kennedy acted instinctively to protect the baby when the nurse overreacted to his innocent attempt to get fresh air for the infant.

The opening statements came in Kennedy's trial on charges of physical harassment and child endangerment.

The first witness, a hospital security chief, said the incident set off a hospital-wide "code pink" indicating an abduction. But he said that by the time he called police, he knew the baby was safely back in the maternity ward.

In advance of the trial, Judge John Donohue denied most of Kennedy's requests for access to the nurses' personnel and medical records. But he ordered the hospital to turn over its written policies about when and how a baby can be taken from the hospital by a parent.

Kennedy was arrested in February. A state investigation, including a visit to the Kennedy home in Chappaqua, found no evidence of child abuse.

In depositions, one nurse said Kennedy twisted her arm, and another said he kicked her. Surveillance video shows Kennedy, who is holding his son, entering a hospital elevator and then being blocked by two nurses. He is seen entering a stairwell while hospital staff is trying to catch him. A woman is seen being thrown on the floor.

An emergency room doctor who was present at the time of the incident,called the nurses "the only aggressors." Dr. Timonthy Haydock, who has been family friends with the Kennedys, said he did not feel the new father was putting his healthy child at risk by taking him outside for a quick walk.

Kennedy, 45, and his wife, Molly, issued a statement in February that said, "Our simple desire to take our son outside for fresh air has been warped into a charge of child endangerment."

Kennedy's arrest was the beginning of a difficult year for the Kennedys in New York. His sister-in-law, Mary Kennedy, hung herself in May in Bedford. His sister, Kerry Kennedy, has pleaded not guilty to drug-impaired driving after an accident on Interstate 684.