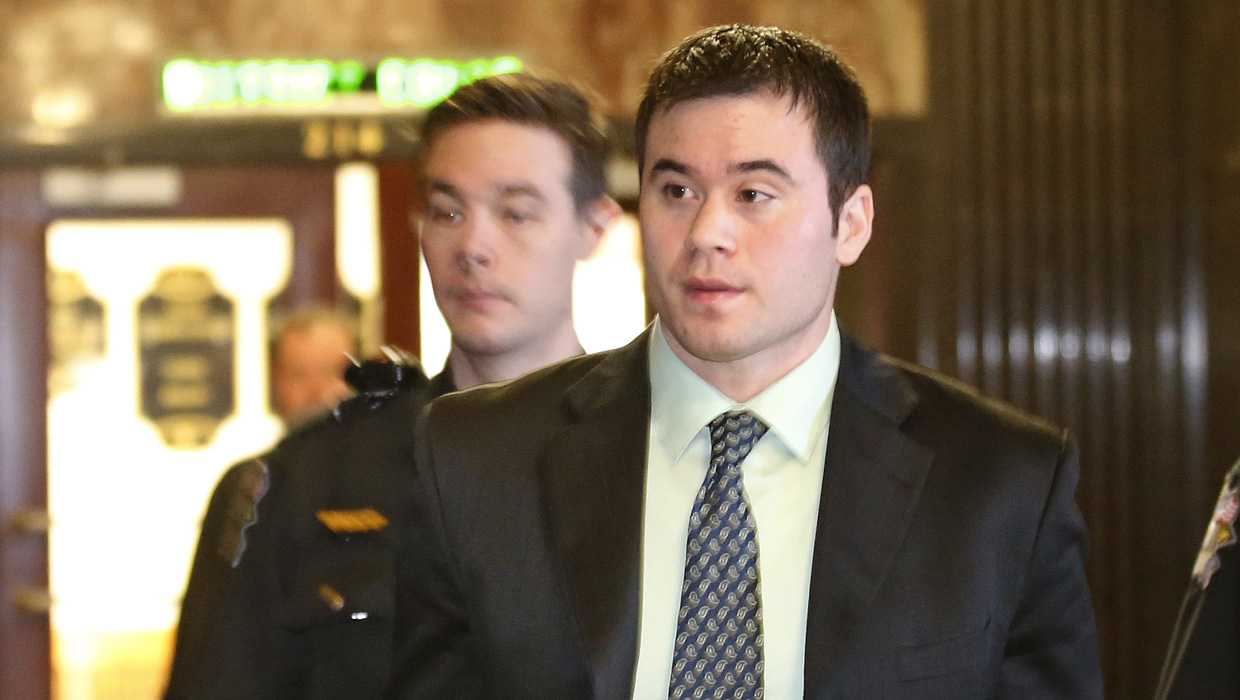 OKLAHOMA CITY -- A former Oklahoma City police officer accused of sexually assaulting 13 womenwhile on duty "used that power to prey on" them, a prosecutor told jurors Monday during closing arguments in his trial.

Daniel Holtzclaw, 28, is charged with 36 counts of rape, sexual battery and other charges that carry a possible sentence of life in prison.

"He was sexually stimulated by using his power to make them show their private parts to him," Assistant District Attorney Lori McConnell said.

McConnell said Holtzclaw targeted drug addicts and other women with felony records who he could intimidate with threats of being jailed in order to prevent them from reporting the assaults to authorities.

The 13 women testified over the past month of the trial that Holtzclaw stopped them in the neighborhoods where they lived, and molested them. Most said Holtzclaw searched them for outstanding warrants or checked to see if they were carrying drug paraphernalia, then forced himself on them.

But they did not report the attacks for fear they would not be believed.

"Who will believe these women, and who will care?," McConnell said was his attitude.

As the defense launched their closing argument Monday, Holtzclaw's attorney Scott Adams called into question the accounts of some of the accusers. He claimed there was no physical evidence to match one of the women's stories, and said there were discrepancies in the testimony of another, according to CBS affiliate KWTV. He's questioned the women's credibility throughout the trial, the station reports.

Oklahoma County District Judge Tim Henderson spent a little over an hour earlier in the day giving jurors instructions on the 36 counts.

Holtzclaw, who was fired after his arrest last year, did not testify in his own defense. During cross-examination of the prosecution's witnesses, his attorney questioned why most of the women didn't come forward until police identified them as possible victims. Several have drug addictions or criminal records.

The allegations against Holtzclaw brought new attention to the problem of sexual misconduct by law enforcement officers, something police chiefs have studied for years. The case was among those examined in an Associated Press investigation of such misconduct.

Holtzclaw's father and sister regularly sat behind him in the courtroom, as did other family members and friends. Also in the courtroom often were pastors and activists from the communities where the women live.