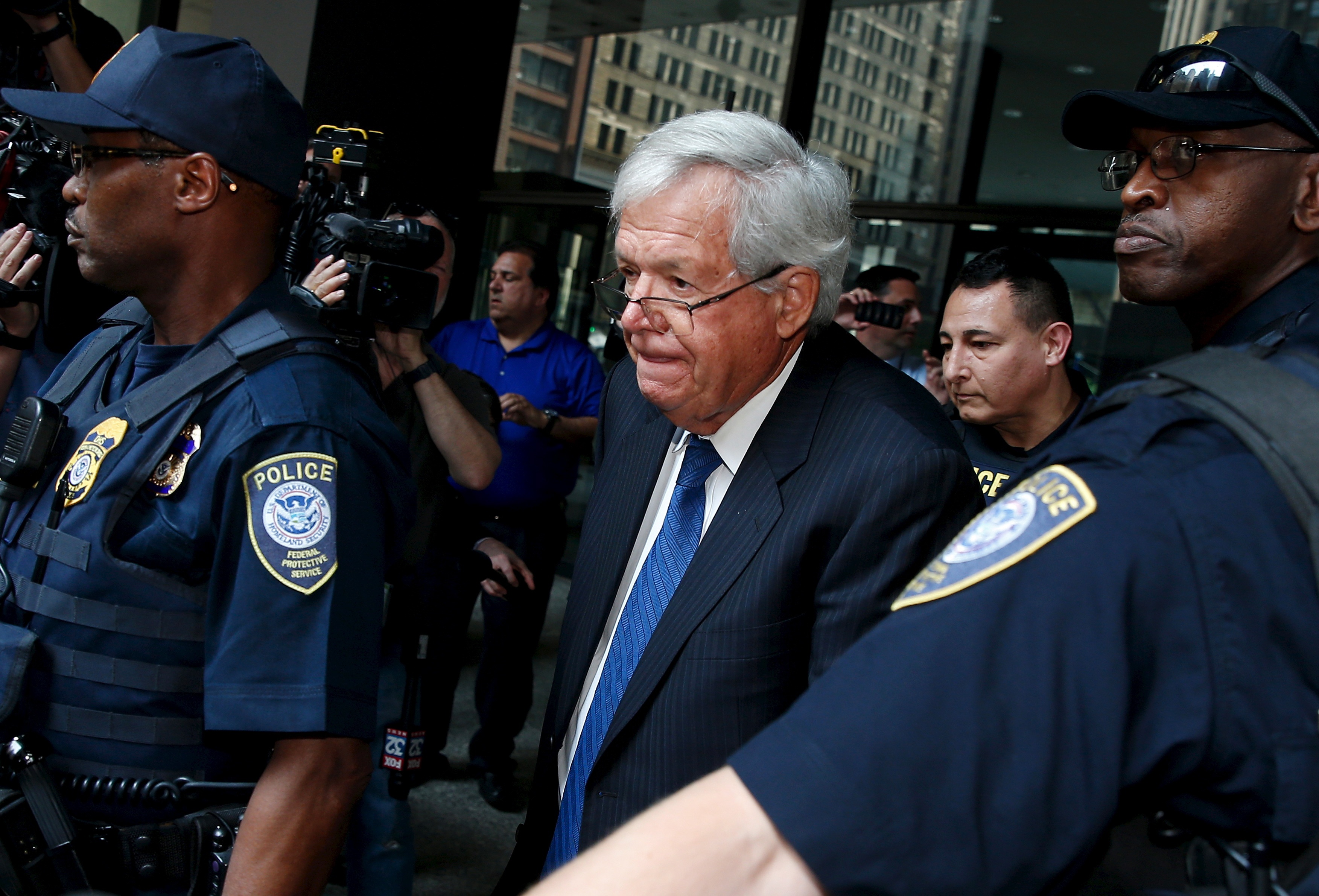 CHICAGOProsecutors say they expect one person whoaccuses Dennis Hastert of sexual abuse to speak at his sentencing in his hush-money case, and the judge has indicated that he wants to consider as an "aggravating factor" the fact that the former U.S. House speaker lied to federal authorities. "That is not a good sign for the defense, which had hoped Hastert could avoid jail time," CBS News Justice Department reporter Paula Reid noted.

Prosecutor Steven Block told Judge Thomas M. Durkin in court Wednesday that he expects someone identified in court papers as "Individual D" to make a statement at the sentencing April 27. Durkin also asked questions about Hastert lying to the FBI about an "Individual A" extorting him.

"That's not conduct that's 40 years old," Durkin said, saying he expected to take it into account in sentencing.

Hastert has pleaded guilty to breaking banking law in a scheme to pay $3.5 million to ensure "Individual A" stayed silent about being abused when he was a 14-year-old student at the Illinois high school where Hastert was the wrestling coach. He first withdrew $50,000 at a time and then later switched to just under $10,000 to evade reporting requirements.

The hearing also cleared up several other lingering issues ahead of the April 27 sentencing. The judge will allow the court to unseal some documents in the case which could reveal more details about the allegations against Hastert. It's unclear exactly when the documents would be unsealed, but that they would be made public before the sentencing.

Prosecutors say Hastert sexually abused at least four members of the wrestling team when he taught and coached at Yorkville High from 1965 until 1981. They cite Individual A as saying the abuse occurred in a motel room when he was 14 and on the way home from wrestling camp. Hastert allegedly touched others in a locker room after saying he would give them massages. Two wrestlers said Hastert performed sex acts on them. Prosecutors also described a recliner where Hastert often sat in the locker room with a direct view of the stalls where the boys showered.

The prosecutors have said they would have preferred sex-abuse charges, but the statute of limitation on sexual abuse ran out decades ago. Still, prosecutors considered Hastert's conduct with the victims, all boys 14 to 17 years old, so egregious that they chose to pursue the banking charge to ensure he faced some punishment.

Defense lawyers have asked for the judge to spare Hastert prison time and give him probation instead, citing his health and the steep price they say he's already paid in public shame.

The statutory maximum for the banking violation is five years in prison, but sentencing guidelines suggest no more than a matter of months. Federal judges have enormous leeway, so Durkin will not be bound by the guidelines.

April 27 will be a big day for politicians seeking to avoid jail time for their misdeeds -- on the same day that Hastert faces his sentencing, the Supreme Court will hear former Virginia Governor Bob McDonnell's appeal following his conviction on federal corruption charges in 2014.