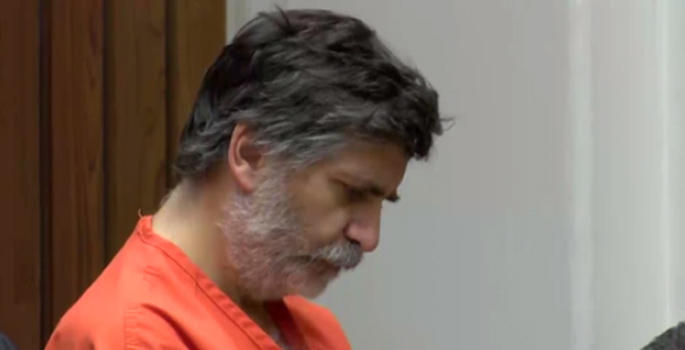 Prosecutors had requested a bail of $40 million for for Dr. James Kohut, saying the neurologist is a public danger who recruits women to help find child victims. People who packed the courthouse gallery applauded at the request, reported CBS affiliate KION.

Prosecutors have said there is no evidence he created such a family, but they have charged him with 11 counts of sexually abusing children under the age of 14.

Kohut has pleaded not guilty.

His lawyer, Jay Rorty, did not immediately return a phone message seeking comment but has previously denied the prosecutor's allegations. Rorty argued in court papers that Kohut does not represent a danger to the public or a flight risk.

Kohut, 57, was arrested in his Santa Cruz, California home last month along with two nurses who are charged with participating in child sex abuse. Protesters gathered on the courthouse steps during the hearing to argue for no bail, chanting "Keep kids safe" and "Jail not bail," KION reported.

Kohut reportedly held his head down during the hearing. His stay in jail has included suicide threats and a hunger strike since his May 14 arrest, the paper reports. He is being held in the medical wing of the Santa Cruz county jail and reportedly had not posted bail by Wednesday evening.

If Kohut does post bail, he will be monitored electronically. He voluntarily suspended his California medical license while the case is pending and faces 165 years in prison if convicted.

Kohut was arrested four days after police arrested Rashel Brandon, a nurse who worked with the surgeon at a nearby hospital.

Brandon was arrested after her husband gave police a video recording he found that investigators say shows Brandon and another nurse, Emily Stephens, sexually abusing children.

Court records and lawyers said Brandon implicated Kohut. Brandon is also charged with sexually abusing children and her bail has been set at $500,000.

A judge ordered Brandon not to work as a nurse if released on bail. Her appointed attorney Anthony Robinson told the Santa Cruz Sentinel she is a victim of Kohut's allure and said his client "has had abuse committed against her."

He told the paper Brandon was going through a difficult divorce when she was working with Kohut, and Kohut asked her out.

Stephens was arrested in Tuscon, Arizona and is being held there while Santa Cruz authorities seek a court-ordered transfer to Northern California to face similar charges. She is reportedly charged with seven felonies related to molestation in Santa Cruz County.

Brandon's attorney Anthony Robinson did not immediately respond phone message seeking comment. It is unclear if Stephens has retained an attorney.