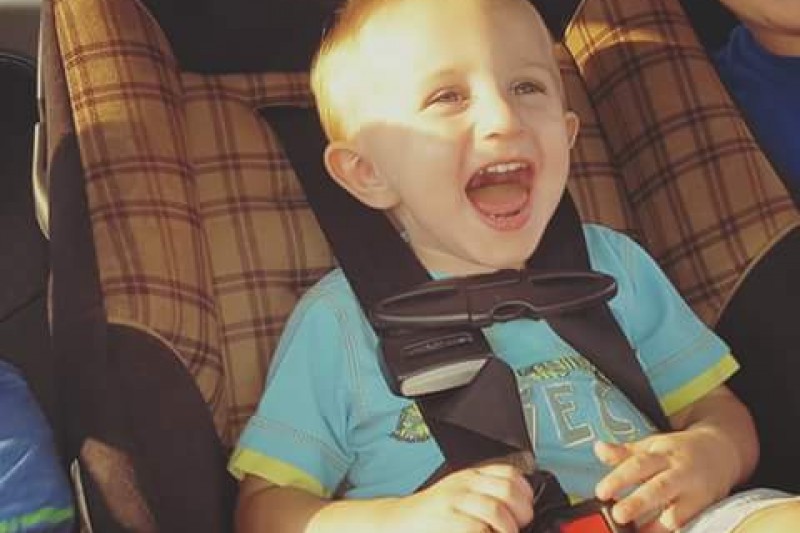 ST. CHARLES, Mo. -- Police say a Missouri toddler died of extreme heat in a room with a space heater in a trailer being used to manufacture meth, reports CBS St. Louis.

Police tell the station 2-year-old Braydon Barnes had been left unattended for 38 hours in a room with a space heater that did not have a thermostat to turn it off. Police reportedly believe the parents were using drugs at the time of the child's death.

A probable cause statement obtained by the station said that when paramedics arrived Sunday after one of the parents noticed the boy was unresponsive, it appeared the child hadalready been dead for some time.

They say the boy was malnourished, dehydrated and very thin, and an autopsy showed he hadn't eaten for at least two days.

The boy's parents, Kathleen Peacock and Lucas Barnes, both in their 20s, face charges of abuse or neglect of a child resulting in death, reports CBS St. Louis. They also face charges of manufacturing a controlled substance in a home with a child.

Peacock allegedly told investigators she heard noises coming from the room and knew she should check on the child but did not.

They say she was pregnant and was already facing child endangerment charges for allegedly driving under the influence of drugs or alcohol with the boy in the car.

Officials say the trailer was filthy and strewn with dirty dishes and feces. It was reportedly in such a condition that it had been condemned and was deemed uninhabitable.

"This is a sad example of people who are incapable of being a parent to a child," St. Charles Co. Prosecutor Tim Lohmar told the station. "The sad part is that the community has resources for people like this. We've got the crisis nursery, we've got other resources available for people who are overwhelmed, who are incapable of providing for their child. Sadly, it takes cases like this, perhaps, to remind people that those resources are out there waiting to be used."