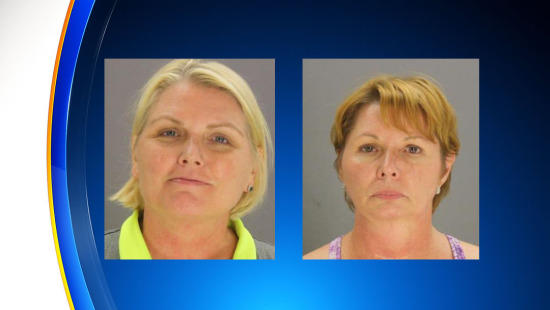 Video surfaced of Amy Witherite attacking a valet and hitting him in the head with a drink, before, police say, she began assaulting multiple people.

"When she came out, she was highly intoxicated," said valet Austin Brewer, who witnessed the incident.

He said earlier in the night, Witherite asked the valet to park her vehicle at the curb instead of the back lot.

"She said she would pay us generously for doing so," said Brewer.

But there is a four-hour limit on street parking on that street and the valet had to move Witherite's Mercedes.

"She started freaking out when she didn't see her car," Brewer said.

The police report says Witherite and her wife began attacking valet drivers and then witnesses who tried to intervene.

"People that were standing here waiting for their cars as well started trying to help and calm things down," said Brewer. "She started swinging at other people."

Some victims reported being hit in the face multiple times.

Officers witnessed red mark, bruising and scratch marks. One woman told police her cell phone was smashed when she tried to call 911, and she was dragged across the pavement during a scuffle for her purse.

"Some of the people here called the cops, and then our manager called the police," said Brewer. "Then one after another police came."

Police charged Witherite and her wife with misdemeanor assault.