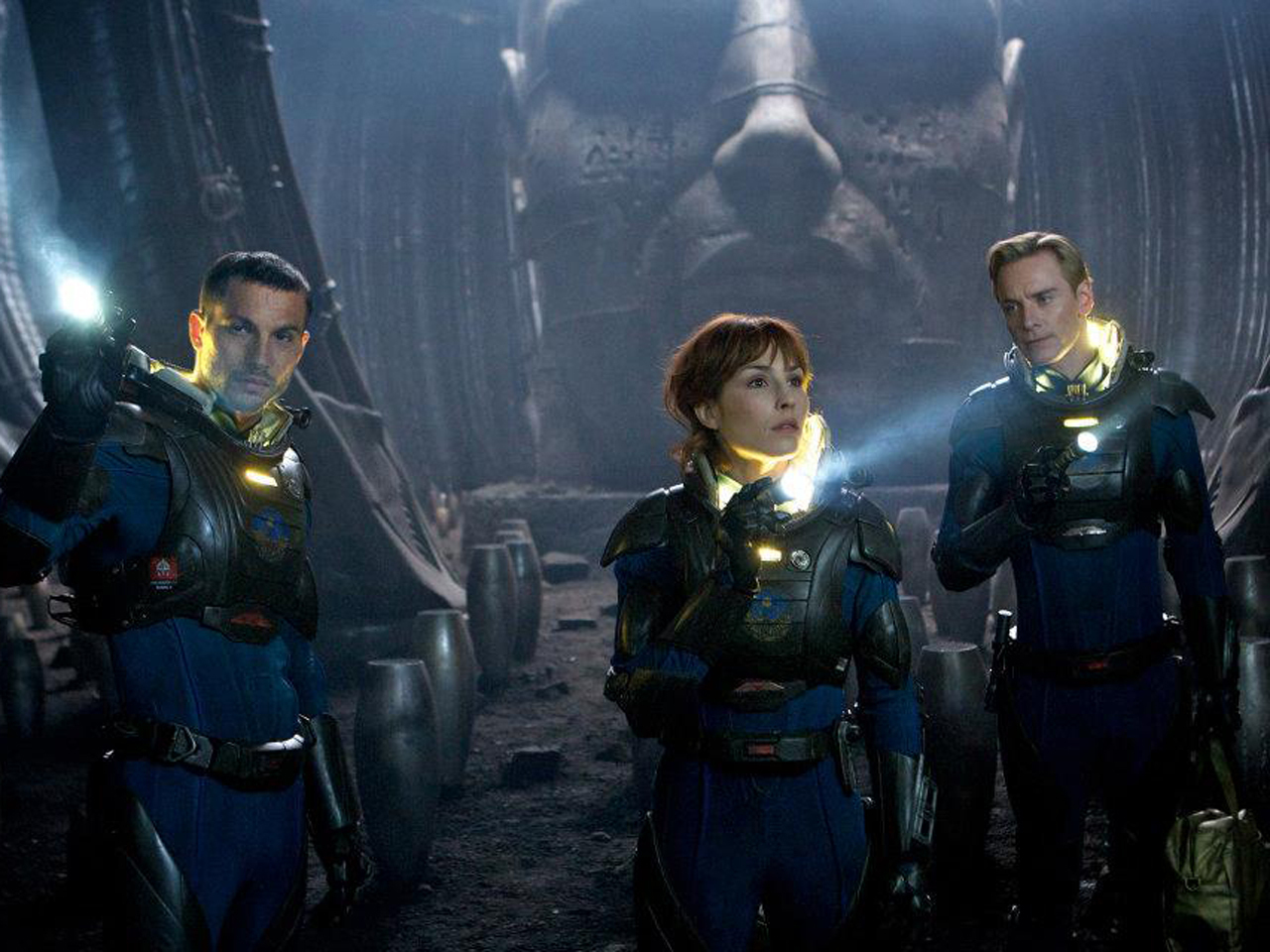 (CBS) It's been a big week for 2012 movie trailers - first "The Dark Knight Rises," then "The Hobbit" and now, a new teaser for Ridley Scott's "Prometheus" is here.

The film, Scott's first foray into sci-fi since 1982's "Blade Runner," will hit theaters on June 8.

Since "Prometheus" was announced, speculation has been rampant about whether or not the film is a prequel to the director's 1979 hit "Alien." It's been teased as one, but whether or not it actually is hasn't been confirmed or denied.

What is known is that the film is about a team of scientists who travel to a distant planet, searching for clues about the origin of mankind on Earth. The cast includes Noomi Rapace (the original Lisbeth Salander in the Swedish version of "The Girl with the Dragon Tattoo"), Charlize Theron, Michael Fassbender, Patrick Wilson, Guy Pearce and Idris Elba ("The Wire," "Luther").

Not much is seen in the fast-paced, one-minute trailer - lots of quick cuts, glimpses of space and spaceships, spooky music and more than a few screams - but it's sure to get fans talking.

Tell us: What do you think of the "Prometheus" trailer?