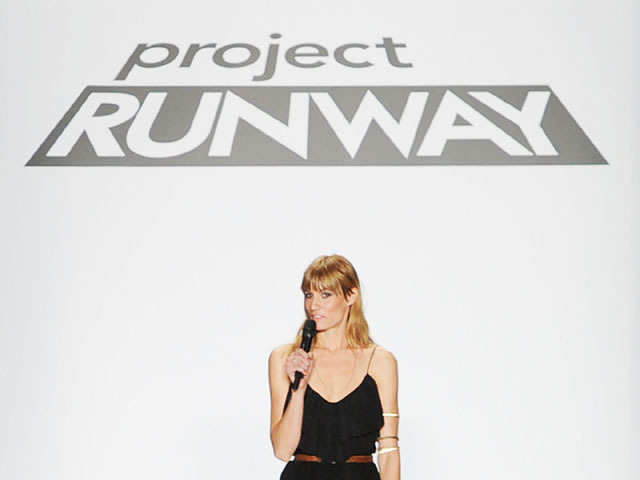 So who was declared this season's champion? Did Mondo Guerra's collection of colorful patterns wow the judges? Or did Andy South take home the win with his headpieces, leaving Gretchen Jones' and her urban-safari collection in the dust?

The judges, including guest judge Jessica Simpson, were torn over which designer should win. Heidi Klum said it was "the toughest decision in 'Project Runway' history." But ater a long debate, 28-year-old Gretchen from Portland, Ore. was ultimately picked as the winner, upsetting fan favorite Mondo and Andy, who was first to be eliminated.

While Heidi Klum and Simpson were more impressed with Mondo's designs, both Nina Garcia and Michael Kors thought his collection was a little too overwhelming and costume-like.

"I personally would buy more pieces from Mondo," Jessica said. "I don't think it looked like a circus."

Simpson and Klum eventually gave in and sided with Garcia and Kors, who both believed Gretchen's collection was more sellable and on-trend.

Do you think the judges made the right decision? Share your comments below.