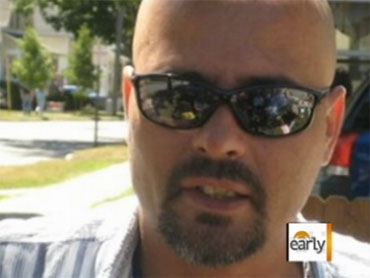 Police in Michigan are searching for three boys who have been missing since Friday. Their father had attempted to commit suicide, and claims an acquaintance was watching them.

But who that woman is, and where the children are, remains a mystery.

After failing in a suicide attempt, 39-year-old John Skelton told police he gave his three sons - Andrew, Alexander, and Tanner - to a woman with whom he had maintained an online relationship for several years. But so far, CBS News National Correspondent Jeff Glor reports, investigators have found no trace of the woman or the three boys.

Andrew Skelton, 9, and his brothers Alexander, 7, and Tanner, 5 were last seen on Thanksgiving during a court-ordered visitation with their father. John Skelton said he sent them to be with a friend, and posted the following message on Facebook: "I love my wife very much, may God and Tanya forgive me." He then tried to hang himself at his home on Friday.

When the attempt failed, Skelton called an acquaintance and was taken to a local hospital, but the three boys' whereabouts are unknown.

Morenci, Mich., Police Chief Larry Weeks said that, following his suicide attempt, Skelton was being treated at a hospital in Ohio for "mental health issues."

According to Kathye Herrera, a family friend, the children's mother - who is divorcing Skelton - is overwhelmed with worry.

Herrera told CBS News, "And this particular parent wants everybody to know how much she misses her children and she wants them back and she's hoping that anybody out there that has any knowledge would please come forth."

Glor said on "The Early Show" a frantic search is underway to find the three missing boys. Police say they fear the children are in "extreme danger."

Skelton told investigators that he asked a woman named Joann Taylor - whom he says he met several years ago and has since communicated with online - to take the boys to their mother. But a search for Taylor and the silver minivan she was supposedly driving turned up nothing.

Police Chief Weeks said, "At this point, we have not been able to confirm nor deny if Joann Taylor exists or who she is exactly. We're continuing to pursue all possible leads to locate this individual and determine who she is."

Over the weekend, police searched Skelton's home and confiscated a vehicle, and they say he has not been ruled out as a suspect. Last night, neighbors and loved ones held a vigil, as the desperate search for his three sons and the mystery woman continues.

Glor said Skelton's mother has been quoted as saying, "I know my son. He's not a monster."

On "The Early Show" Monday, Pat Brown, a criminal profiler, said the father's story is the "biggest bunch of bull I ever heard."

"Doesn't make a darn bit of sense. We're talking about a man who he just wants the children to go back to the mother, so he can commit suicide. Why doesn't he simply drive them over there and drop the children himself or have his mother do it? Why does he call some stranger, and oh, by the way, he can't even give the police the woman's address or phone number? They have no idea how he even contacted her. Yeah, he has no record on his cell phone. He has no record on his Internet. It's a bogus story."

Brown said the spelling of the mystery woman's name is "curious."

She said, "If I'm reading correctly, this is the spelling he gave to the police: he said Joann, without an e. His mother's name is Roxaan, which is fascinating, because a lot of times [if] you try to come up with a phony name you will pick something close to what you already know. So, it's hard to come up with something completely unknown to you say, let me think, I know a guy named Joe - or Joann like my mother's name. I think he made up the names.

"And that suicide attempt? Don't buy that, either. How do you fail to hang yourself? Almost everybody who tries can do it successfully. I think he's pretending to be in insane; that's just his defense starting to set up there."

So what does Brown think happened to the boys?

"So I think the police think this is not going to turn out well, but they're doing everything they can just in case because they are hoping, they're hoping they are wrong, that these children are out there someplace, and so they are going to look for them."

"Early Show" co-anchor Maggie Rodriguez said, "But, if the father did have something to do with their disappearance, the case against him is not good because when you look at that Facebook message that he sent the day before, doesn't that speak to premeditation?"

Brown answered, "It does speak to premeditation, but they need to find those boys or some evidence that he did something.

"We've seen this before: Caylee Anthony, the nanny with Caylee Anthony. She claimed this woman ran off with their kids. Luckily they've been able to find little Casey and Caylee is in prison going to trial. We have people who say somebody else took their kid, and if you can't prove somebody else didn't take their kid or do something to them - you have to have that physical proof. That's what he may hope they won't find and police hope will."