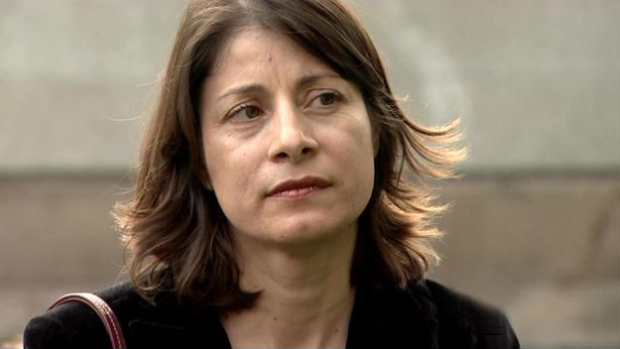 SANTA ANA, Calif. - A psychology professor on Friday pleaded guilty to voluntary manslaughter in a deal with prosecutors for the 1995 killing of a man she says raped her.

Norma Patricia Esparza, 40, entered the plea in Orange County Superior Court in exchange for a six-year prison sentence and agreement to testify in the trial of two other suspects in the killing, said defense attorney Jack Earley.

Esparza last year rejected a plea offer from prosecutors that could have landed her a three-year sentence and sustained her innocence. She changed her mind about the plea out of concern for her 4-year-old daughter and fear that jurors might have a hard time relating her current life as a psychologist and professor who lives in France to her situation as a young rape victim who didn't go to police, Earley said.

The district attorney's office said in a statement that the plea reflects Esparza's "acknowledgment and acceptance of her role in the victim's murder."

Authorities charged four people, including Esparza, with the 1995 murder of Gonzalo Ramirez, who Esparza has said raped her after she met him at a bar when she was a college student in Southern California.

Prosecutors contend Esparza pointed Ramirez out to her ex-boyfriend Gianni Van, who, along with two others, followed Ramirez in a van, rear-ended him, and attacked and kidnapped him. Ramirez was beaten and hacked to death with a meat cleaver and his body was dumped in Irvine, reports the Los Angeles Times.

At a press conference last year, Esparza's husband Jorge Mancillas said his wife had confided in Van about the rape and he took matters into his own hands.

Esparza told a grand jury that she never meant for Ramirez to be killed and that Van forced her to point him out after she told him about the rape, according to the paper.

Esparza was born in Mexico and moved with her family to Santa Ana as a child. She obtained a doctorate in psychology and worked as a consultant for the World Health Organization in Europe. She was arrested in October 2012 when she traveled to the United States and said she spent two months in jail before she was released on $300,000 bail.

She was taken back into custody last year after rejecting the previous plea offer.