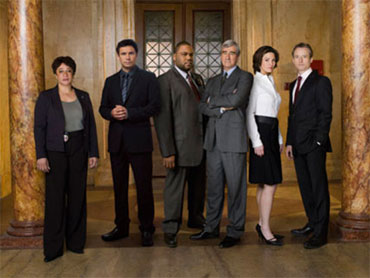 The original "Law & Order" is off the air, but show creator Dick Wolf has more stories to tell. He plans to tell them in novels.

Has Original "Law & Order" Been Canceled?

Wolf will write two thrillers, the first of which centers on a terrorist attack in New York. Neither book is yet titled and no release dates have been set. An imprint of HarperCollins, William Morrow, made the announcement Monday.

"Law & Order" ended its run last season after 20 years, a longevity record it shares with the TV western "Gunsmoke."

Wolf is the creator and executive producer of "Law & Order: Los Angeles." It debuts this fall as the newest member of the NBC crime drama family.