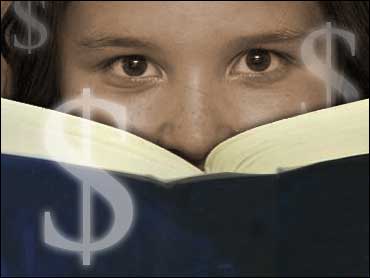 This story was written by CBSNews.com's Gina Pace


An investigation of New York City schools has revealed that companies that tutor children as part of an $80 million program under No Child Left Behind have paid schools and offered bribes to principals and teachers in order to sign children up for lucrative contracts.

Employees from tutoring companies were also allowed to work with children without the standard fingerprinting and criminal background check required for school employees, according to an investigation by the Special Commissioner of Investigation of the New York City School District that began in September 2004. The findings were released Tuesday.

Nationwide, the No Child Left Behind law requires consistently failing schools that serve mostly poor children to offer the tutoring services — known as supplemental educational services. Private companies stand to reap up to $2,200 in New York City, usually for about 60 hours of academic help. The programs can also be offered by some school districts and nonprofits, which usually charge much less.

"Our investigation found that several providers engaged in questionable business practices all in efforts to attain the maxim amount of federal dollars available," according to the report.

The investigation began when a regional superintendent alleged a representative from Platform Learning, a for-profit tutoring company which serves more than 50,000 students nationwide, offered to pay each school in the region $5,000 if they enrolled 150 or more students.

The report also finds that Platform Learning gave $2,000 to an elementary school in Queens for a "renovation fund" and an undisclosed amount to a Brooklyn school for a "scholarship fund."

Many Platform representatives went to parents' homes and suggested the school had sent them and told them that if they did not sign up for services with Platform, their children would not receive school lunches, according to the report. The company also obtained private student information, including Social Security numbers and home addresses, in order to aggressively promote their programs.

Richard Condon, the special commissioner for investigation on the New York City School District, said that such aggressive tactics were used in order to get schools to sign up with private providers in an exclusive relationship. Theoretically, parents have a choice of many tutoring providers, but many tend to go with the company partners with the school. A provider that can recruit 150 students at a single school stands to earn $300,000.

"In order to accomplish that, you have instances of providers offering money to the schools for the schools to help them recruit students," Condon said.

The report also states that Newton Learning, a provider which serves students in 22 states, offered money to a school based on the number of student enrolled, as well as giving out $50 and $100 gift cards to students to award attendance.

Laura Eshbaugh, a spokeswoman for Newton Learning, said the company has never offered to pay schools, but does offer student attendance incentives which are in line with New York City policy.

Platform responded in a written statement that "we take these allegations seriously and are committed to ensuring that Platform Learning and its employees operate with the highest ethical standards."

Supplemental educational services have drawn criticism for being ineffective, said Chad d'Entremont, assistant director for the National Center for the Study of Privatization in Education at Columbia University.

"There has been a concern that for-profit companies are just interested in making a profit, and this goal does not coincide with raising student achievement," d'Entremont said. "But much of the support – or criticism – for the program has been rhetoric, and there is very little evidence about what is going on out there with for-profit providers. This report shows what some of the shortcomings may be."

The report includes recommendations, including closer monitoring of the programs, and a mandatory code of conduct.

"Hopefully many of them will be implemented in some form," Condon said. "And the number of practices will decrease."

Condon said these problems may be widespread in schools throughout the city, and that the report only focused on Platform and Newton.

"I would think to a greater or lesser degree, all of the things we found were happening with multiple providers in a lot of the schools," he said. "We only listed examples."
By Gina Pace