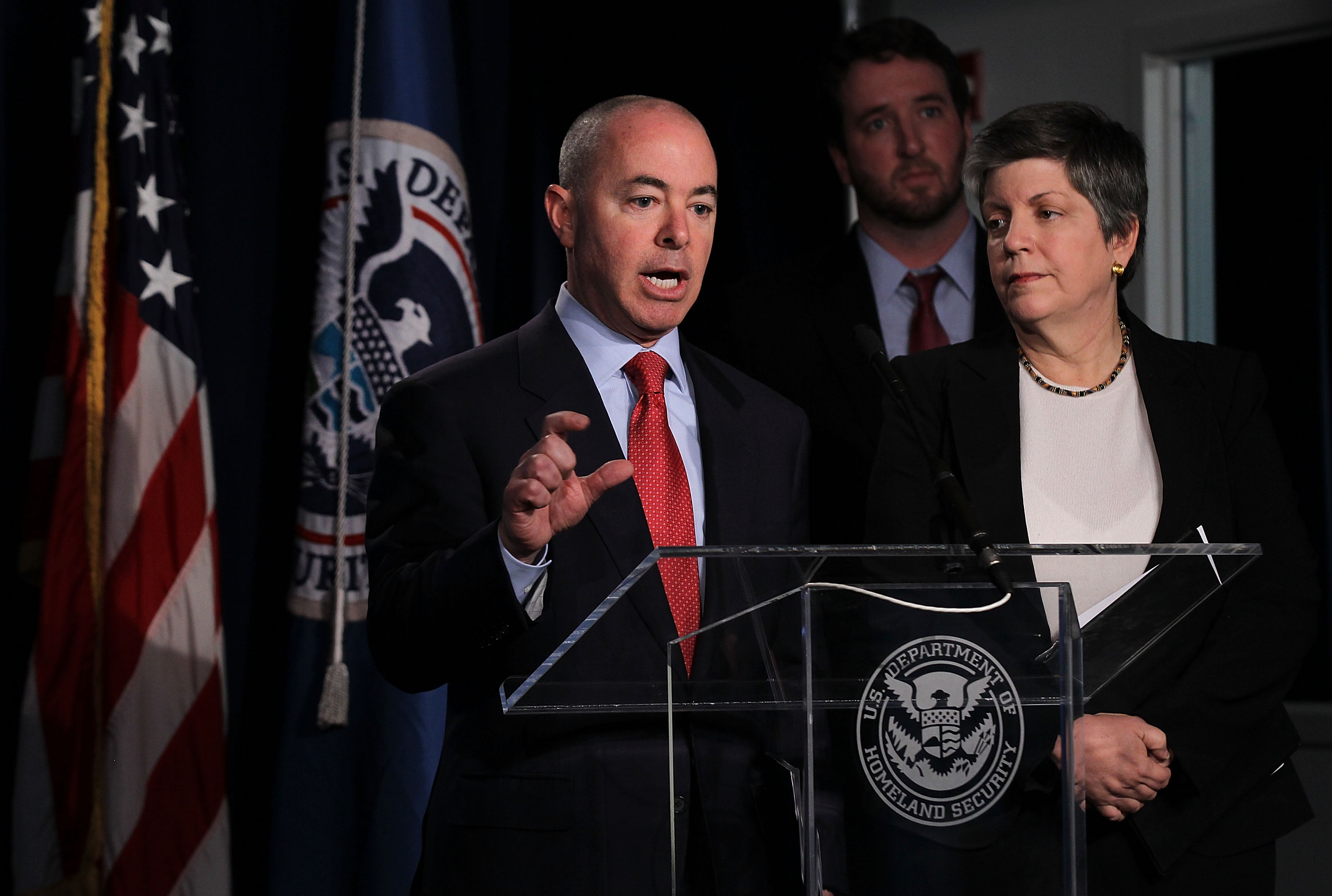 An internal investigation of President Barack Obama's choice to be the No. 2 official at the Homeland Security Department has the potential to become a political headache for former Secretary of State Hillary Rodham Clinton and the Democratic candidate for governor in Virginia.

The director of U.S. Citizenship and Immigration Services, Alejandro Mayorkas, has been named a target in an investigation for his role in helping a company run by Clinton's brother to secure an international investor visa. Congressional officials briefed on the investigation said the visa was for a Chinese executive. The officials spoke on the condition of anonymity because they were not authorized to publicly release details of the inquiry.

The DHS Inspector General's Office outlined the investigation in an email to lawmakers earlier this week. In that email, the IG's office said, "At this point in our investigation, we do not have any findings of criminal misconduct."

According to the IG's email to lawmakers, the primary complaint against Mayorkas was that he helped a financing company run by Anthony Rodham win approval for an investor visa, even after the application was denied and an appeal was rejected.

The investigation does not appear to have any direct ties to Clinton's tenure as secretary of state. Furthermore, she has yet to say whether she'll run for president in 2016. Nevertheless, the investigation is sure to be of interest to the political action committees already forming for the sole purpose of tearing down her political career.

Across the Potomac River in Virginia, the inspector general's investigation already has become a weapon for Republican gubernatorial candidate Ken Cuccinelli in his race against Democrat Terry McAuliffe.

McAuliffe is former chairman of GreenTech Automotive, a manufacturer of energy-efficient cars that received funding from Rodham's Gulf Coast Funds Management. The firm is one of hundreds of government-approved "regional centers" that pool investments from foreign nationals looking to invest in U.S. businesses or industries as part of the EB-5 visa program for foreign investors.

Cuccinelli, Virginia's attorney general, said in a statement Tuesday, "While the growing list of questions--including today's revelations that a top Department of Homeland Security official is under investigation for his role in securing a visa for a GreenTech sister company--remain unanswered, that's largely because my opponent has been unwilling or unable to come forward and set the record straight."

Josh Schwerin, a McAuliffe spokesman, said the investigation does not involve McAuliffe "and we hope that it is completed in a timely matter."

In an emailed statement Tuesday, Gulf Coast Funds Management's general counsel, D. Simone Williams, said the company had not been aware of the investigation and was not aware of an investor visa application being denied.

Beyond those on a ballot or thinking of running for office, the existence of the inspector general's investigation is almost certain to impact Mayorkas' nomination for deputy Homeland Security secretary.

Were he to be confirmed, Mayorkas likely would at least temporarily lead the department until a permanent replacement is found for Secretary Janet Napolitano, who is set to leave in September and become president of the University of California system. Napolitano's resignation was the latest hit to the DHS, which is already running with several vacancies.

USCIS and DHS did not respond to requests for comment Tuesday. The White House referred questions to the IG's office, which said the investigation was in an early stage.

Mayorkas is scheduled to appear Thursday before the Senate Homeland Security Committee for a hearing on his nomination, but the top Republican on the panel is calling for the nomination to be put on hold until the IG's investigation is completed.

A Democratic committee staff member said the committee's chairman, Sen. Thomas Carper, D-Dela., was aware of the investigation and was looking into the case. Thursday's hearing remained on the committee's schedule.