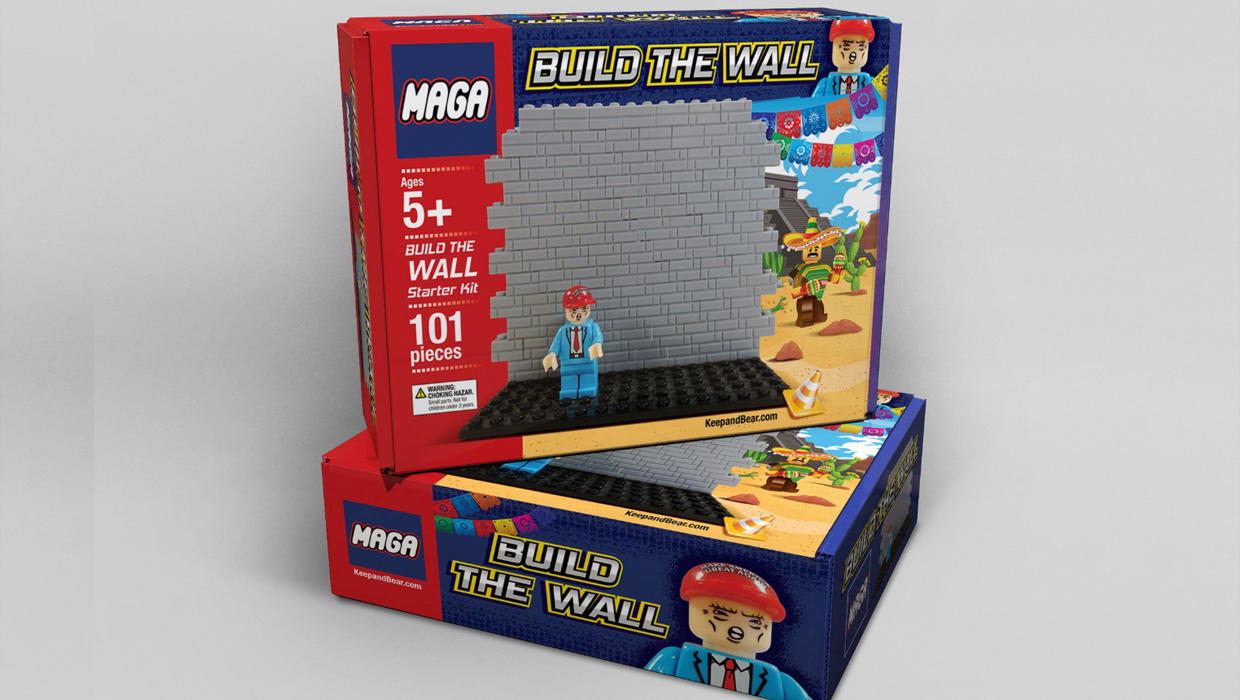 The company provided a politically-loaded description of the 101-piece toy set, starting off with the exaggerated claim that "A mob of 10,000 Central American migrants is marching through Mexico and heading toward El Paso, Texas."

"We understand why they want to flee Honduras and live and work in America. After all, we are the greatest nation on earth.

In the interest of national security, however, we cannot allow just anyone and everyone to cross our borders. While there are good people attempting to enter our nation, there are also gangs, criminals, and terrorists. Everyone who wants to enter our country must enter legally for the safety of all.

The wall must be built. The wall will keep America safe and strong. Only then will we be able to help those in need.

We are pleased to announce the launch of a brand new line of toys: MAGA building blocks! This toy makes a great Christmas gift for your kids and grandkids!"

Orders for the toy begin shipping on November 23, but it has already sparked debate on social media.

"What a great way for bigoted parents to raise bigoted kids," one Twitter user wrote, while others applauded the toy and its message.

The company was founded in 2016 to promote the pro-Second Amendment film,"Keep And Bear: America's Most Controversial Right." Keep and Bear now sells pro-Trump apparel, art prints, stickers, novelty items, books and DVDs as well as toys.

The "MAGA Toys" section of the site features Lego-like figurines modeled after President Trump and Hillary Clinton. The Clinton toy is wearing an orange jumpsuit and is available in a "limited edition" set called "Trump sends Hillary to prison!"