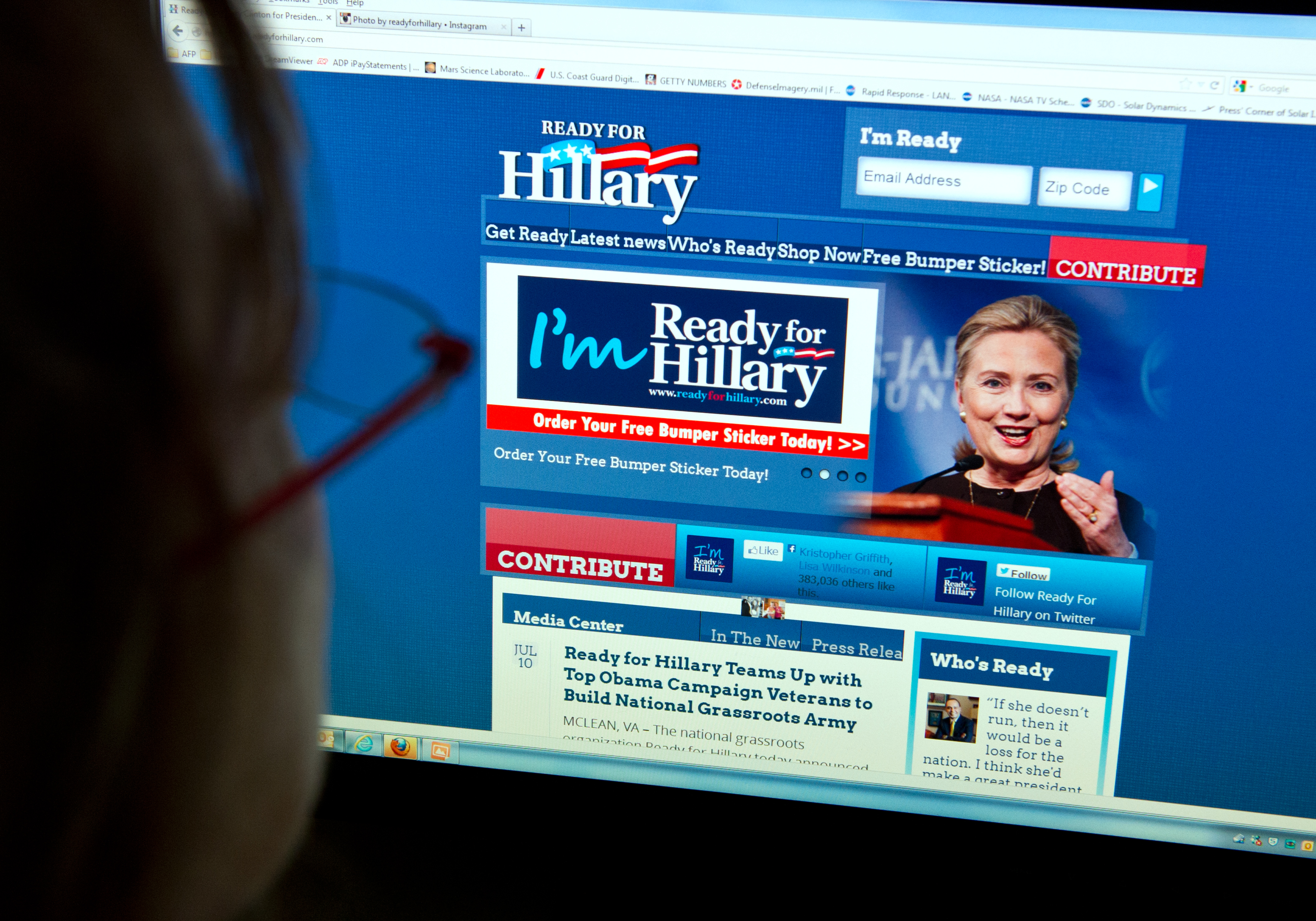 With the 2016 election still two and a half years away, a super PAC preparing for a potential presidential bid by former Secretary of State Hillary Clinton is stepping up their efforts with a revamped website and a Washington, D.C. fundraiser to help pay for their efforts.

According to Time's Mark Halperin, the new website for the Ready for Hillary PAC, out this weekend, will feature a "buzzy video" that highlights Clinton's path from childhood to secretary of state set to an uplifting song about self-empowerment by pop star Katy Perry. There will also be a better way for supporters to use Facebook to find and reach out to people in the name of building support and hosting events for the candidate.

The efforts are modeled after President Obama's 2008 and 2012 campaign apparatus, which was groundbreaking in its use of technology to build a grassroots community of supporters. Several advisors to Ready for Hillary worked for the Obama campaign.

Halperin also reports that the group is planning a fundraiser at a Washington, D.C. restaurant near Capitol Hill, where they will solicit contributions ranging from $1,000 to $2,500 from 50 to 100 people, including many prominent Democrats who have a longstanding relationship with the Clinton family.

Clinton said in December she would make a decision on whether to run sometime this year. She has spent much of her time since leaving the administration giving speeches and has only been minimally involved in politics, campaigning for Virginia Gov. Terry McAuliffe last fall.

Democrats are very supportive of a Clinton bid. According to a recent CBS News/New York Times poll, 82 percent would like to see her take another shot at the White House. But 53 percent also said they would like to see at least one other Democrat run, suggesting the party still wants to see a primary.