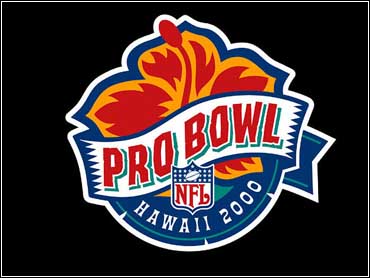 It was another one of those "I used to play with your dad" stories Peyton Manning is so used to hearing.

This one came from one of his AFC Pro Bowl teammates.

"I played with his dad. He was the quarterback of the Oilers when I was drafted," offensive lineman Bruce Matthews, a 17-year veteran with the Houston Oilers and Tennessee Titans, said Thursday of his time with Archie Manning.

"Now I'm playing with his son. It blows me away a little bit," said Matthews, a 1983 Southern California grad who had to be talked into playing this season and now is making his 11th Pro Bowl appearance.

"My head coach is my former college teammate, my offensive line coach I played with for 11 years with the Oilers. I realize I've been blessed to be able to do it this long."

Matthews and the three other Tennessee players in the Pro Bowl, running back Eddie George, tight end Frank Wycheck and linebacker Jevon Kearse still feel the sting of a 23-16 Super Bowl loss to the St. Louis Rams that ended with Tennessee's Kevin Dyson tackled at the Rams 1 as time expired.

Wycheck said it helps a little to focus on the Pro Bowl and relax with his family in Hawaii, but the Super Bowl still is being played in his head.

"When you get by yourself, you start to think about things and that's when it starts to hit you what transpired in the Super Bowl," he said. "It's still on my mind. That whole game, I can play it out in my mind every day.

"It's going to be tough to get over. Obviously the way it ended is very difficult to handle. You've just got to fight through it and focus on next year."

George hopes a little rest and Hawaiian-style relaxation will dim the disappointment from the game. As for now, though, the game is front and center in his mind.

"It's always going to be a memory in my head," he said. "I probably won't stop reliving it for a while. That's going to motivate me for next year."

Matthews thinks not only about the plays in the game, but the play that never happened.

"After the game, I went back to the hotel and saw the replay a dozen times," he said. "They're the world champions and we're just some name in a record book. If we had one more play or 10 more seconds, I think they'd be talking about the Titaninstead of the Rams."

"I'm working toward another game. I'm just trying to put it behind me," said Kearse, who was more interested in collecting autographs of the other Pro Bowlers than in talking about the Super Bowl.

"It's awesome. It's exciting to be interacting with all these great players," said Kearse, one of two rookies in the game. Indianapolis Colts running back Edgerrin James is the other.

"A lot of these guys I watched growing up. I'm hoping to get their autographs, save them up and go see if I can try to learn something from them while I'm out here."

Asked if he was a big autograph collector, Kearse laughed.

"It doesn't hurt to just collect them," he said. "There's going to be some Hall of Fame guys here, so you can say you met them and have proof of it."