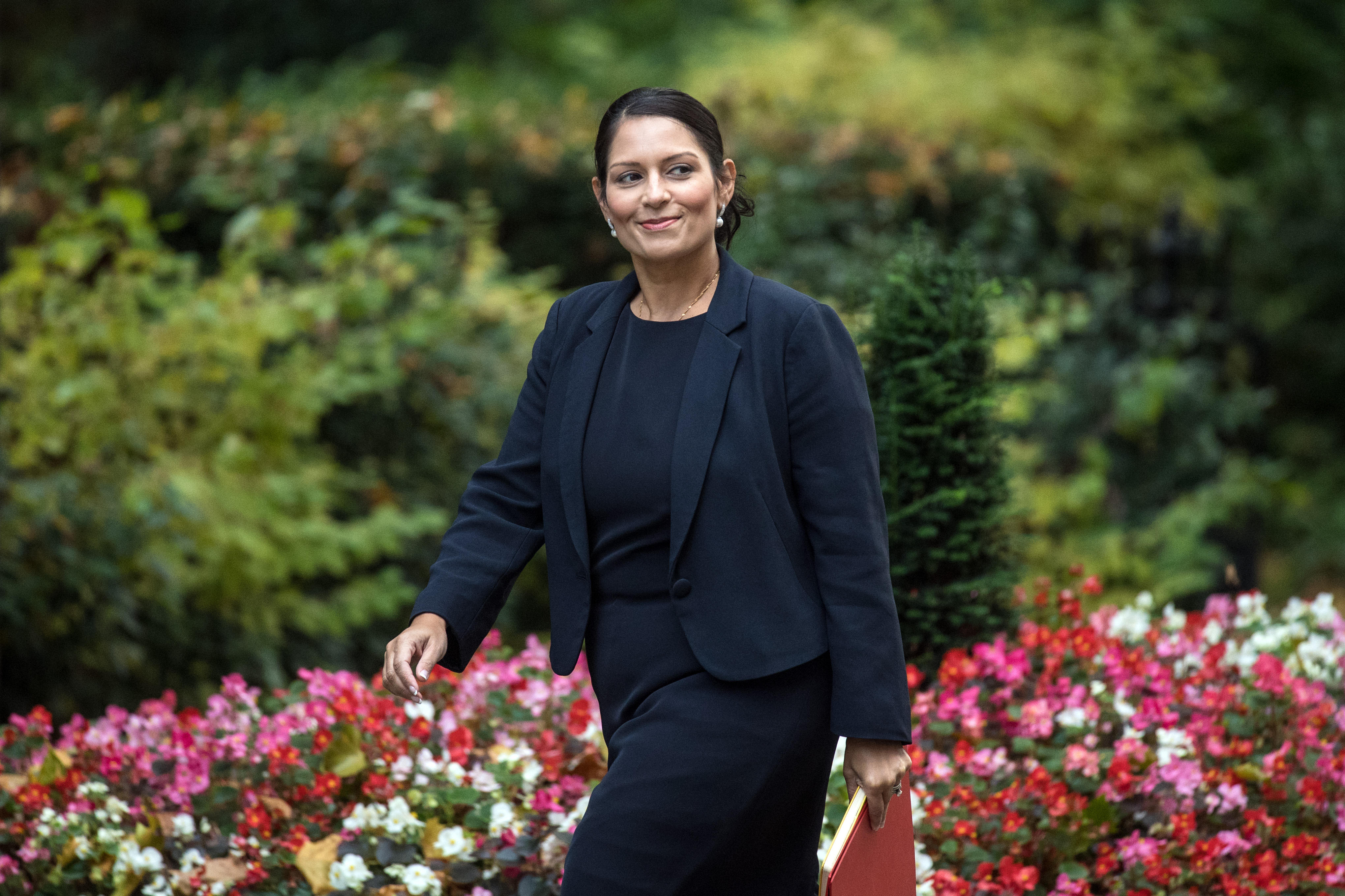 LONDON -- Britain's international development secretary cut short a trip to Africa Wednesday amid demands she be fired over unauthorized meetings with Israeli Prime Minister Benjamin Netanyahu and other Israeli politicians.

Britain's Press Association news agency and other media reported that Priti Patel was flying back to London after Prime Minister Theresa May ordered her to return. She had been due to attend events in Uganda.

Patel has been under pressure since it was revealed that she held 12 meetings with Israeli groups and officials, including Netanyahu, during a vacation in the country in August - and that she hadn't told the prime minister or colleagues about it.

Patel later discussed with her department the possibility of British aid being given to the Israeli army to support medical assistance for refugees from the Syrian civil war arriving in the Golan Heights.

Israel's Haaretz newspaper reported Wednesday that Patel visited an Israeli military field hospital in the Golan Heights during her August trip. Britain regards Israel as illegally occupying the territory, which it captured from Syria in 1967.

Patel's situation has been made worse by her contradictory statements about the meetings.

When news broke about the August trip, Patel insisted that Foreign Secretary Boris Johnson "knew about the visit." Her department was later forced to clarify the statement, saying "the foreign secretary did become aware of the visit, but not in advance of it."

Patel apologized, saying the meetings "did not accord with the usual procedures."

It has since emerged that she also met in September with Israeli public security minister Gilad Erdan and a foreign ministry official, without any other British officials present.

If May fires Patel, she will be the second member of the increasingly unstable Cabinet to leave their job in a week. Defense Secretary Michael Fallon resigned Nov. 1 after sexual harassment allegations against him emerged.

Several lawmakers have been suspended by their parties amid a growing scandal over sexual harassment and abuse in British politics. May's deputy prime minister, Damian Green, is facing a civil service investigation after a young party activist accused him of unwanted touches and text messages.

In another headache for the government, Johnson apologized Tuesday for saying a British-Iranian woman imprisoned in Iran had been training journalists when she was arrested. The family of Nazanin Zaghari-Ratcliffe says she was on vacation, and accused Johnson of putting her at risk of a longer prison sentence with his misleading comments.