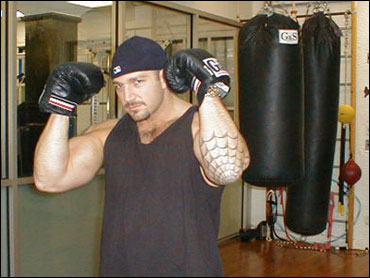 NEW YORK (CBS/AP) Between indictment and incarceration, a crash course in prison life could be a white-collar criminal's only hope in the big house.

"After me, nothing should shock you," said Steven Oberfest, a prison consultant and director of a Manhattan-based prison consulting firm, The Prison Coach.

His firm, and others like it, prepare inmates-in-waiting to cope with the corrections system.

For $200 an hour, the 41-year-old professional fighter teaches more than two dozen white-collar criminals a year everything from jailhouse do's and don'ts to how to defend yourself in a prison fight.

Learning how to act and adapt to a new society are key goals, according to Oberfest's website.

"I'm pretty much their last step into hell," Oberfest said to Crimesider. "I will make you break down and cry."

His no-nonsense approach comes from hard-earned experience. A New York street kid, at age 27 Oberfest spent over a year at a federal corrections institution in upstate New York after pleading guilty to racketeering and assault charges.

"Prison helped me learn the game quick." Oberfest said. "It was a mental, physical and spiritual journey for me."

In 2002, the ex-con founded "The Prison Coach," the first prison consulting firm of its kind.

He uses one-on-one workout routines, explains the glossary of common prison lingo and informs his prison-bound pupils of the unwritten rules behind bars. But the core of his course teaches humility, especially how to be less offensive to other inmates. 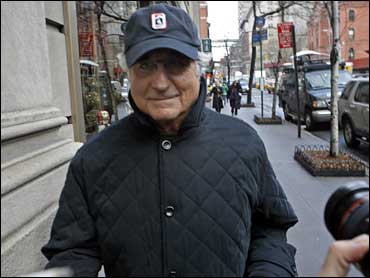 "It's all about how you walk into that front door," Oberfest said. "If someone is able to totally disgrace you the first day you walk in, that opens the door for everybody not to respect you."

Speaking of disgrace, the fallen financier Bernard Madoff, convicted in what is believed to be the largest Ponzi scheme in history, arrived this month at a federal prison in North Carolina to begin serving a 150-year sentence in a cell with two bunk beds, a toilet and a sink.