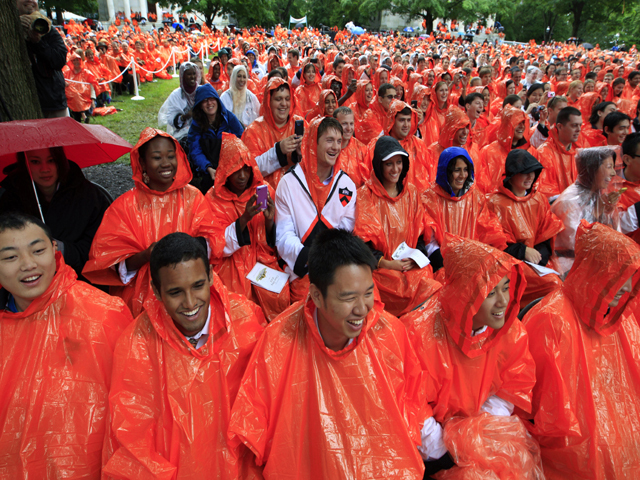 PRINCETON, N.J.Amid a meningitis outbreak at Princeton University, officials are deciding whether to give students a vaccine that hasn't been approved in the United States that may stop the disease from spreading.

A decision could be made as early as Monday.

The Food and Drug Administration last week approved importing the vaccine Bexsero for possible use on the Ivy League school's campus. It's the only vaccine for use against the type B meningococcal bacteria, the strain implicated in the outbreak.

The vaccine is approved in Europe and Australia, where B-strain infections are more common than they are in the U.S.

A spokesperson for Princeton University told CBSNews.com in an email last week that New Jersey law requires all students living campus to get a meningitis vaccine, but that vaccine does not protect fully against the B strain of the disease.

India under pressure to lock down amid COVID crisis

Barbara Reynolds, a spokesperson for the Centers for Disease Control and Prevention, told CBS News chief medical correspondent Dr. Jon LaPook Sunday that the CDC applied for an investigational new drug application with the FDA to import the B-vaccine, before the agency got approval late last week.

Federal law requires unapproved drugs get this application approved before they are used in experimental or emergency situations.

"Decisions about next steps (are) expected this week," she added.

Meningococcal diseases are infections caused by Neisseria meningitides bacteria, which are spread though respiratory and throat secretions, including through kissing, coughing or lengthy contact.

Outbreaks of such diseases can occur among those living in close quarters like dorm rooms. But the CDC noted meningococcal disease outbreaks are "very rare," saying there are no more than two or three each year.

The biggest outbreak of the B strain of meningitis on a college campus occurred between 2008 and 2010 and affected 13 people, Reynolds pointed out.

Meningitis is a swelling of the meninges, which is the tissue that lines the brain and spinal cord. Symptoms can include a sudden fever, headache and stiff neck, nausea, vomiting, confusion and increased sensitivity to light.

The infection can spread to the bloodstream, damaging blood vessels and causing bleeding into the skin and organs, resulting in the need for amputations or rapid death.

About one in 10 people diagnosed with a meningococcal disease will die, and about one in five survivors will have permanent disability.

All diagnosed meningitis cases get reported to the CDC, which saw 480 total reported cases in 2012, about 160 traced to the B strain.

Princeton University encouraged students last week to wash their hands, cover their mouths when coughing and not share items such as drinking glasses and eating utensils.