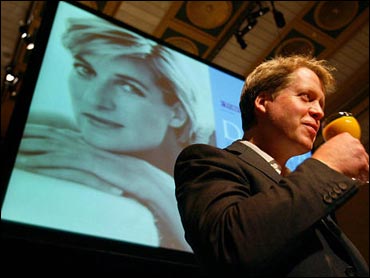 LONDON (CBS) Princess Diana would have reached the grand age of 49 last week had she survived the fateful 1997 car crash that claimed her life.

But her birthday essentially went unnoticed thanks to her brother Earl Charles Spencer.

Charles, who is best known for his infamous silly outburst at Princess Diana's funeral, announced last week that he will organize a three-day auction of family heirlooms at Althorp House, the Spencer family's famous home where Princess Diana grew up.

The sale, which will be held Tuesday through Thursday, will auction off art, antiques, and even carriages owned by the aristocratic family of Princess Diana, according to the Associated Press.

Charles' decision to announce the auction to the media during the same week of his late sister's birthday did not go unnoticed by critics.

He remains adamant that the auction is required simply to fund the upkeep of the house.

The Spencer family home opened its doors last week for its annual two month sting for visitors and tourists. While it remains popular, the takings have been vastly reduced in recent years.

According to those close to the Spencer family, the auction has been welcomed and has received a positive response from many potential buyers of the family heirlooms around the world.

However, an unnamed source at the royal household sagely told me, "You always think that, say, the family has one bad egg, say like Fergie, but it appears that there are many more equally ready to hold that honor, too."