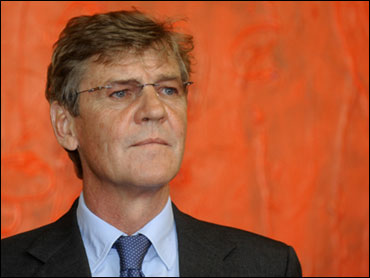 Prince Ernst August of Hannover, husband of Caroline of Monaco, acknowledged in court Monday that he hit a hotel owner in Kenya but denied using anything but his hands.

The 55-year-old, a distant relative of Britain's Queen Elizabeth II and great-grandson of the last German emperor, Wilhelm II was being retried after being convicted in 2004 of causing serious bodily harm and fined euro 445,000 ($633,560).

Though he does not deny the assault, in the retrial Ernst August is seeking to have the charge and sentence reduced.

In the first trial, the court ruled he repeatedly hit Josef Brunlehner, owner of a hotel on Lamu Island, with a metal object in January 2000 after becoming irritated at the noise from a disco.

Kenyan authorities did not arrest Ernst August after the incident, but it was pursued in Germany where the law allows prosecutors to charge citizens who commit crimes abroad.

As the retrial opened Monday in the Hildesheim state court no plea was entered, as per usual under the German trial system. In a written statement read to the court by his attorney, Ernst August disputed the hotelier's account.

The prince wore no ring and had "neither brass knuckles nor any other object in hand," the statement said.

Ernst August attended Monday's session, but made no further comment.

During the last trial, Ernst August's attorney at the time, Jochen Heidemeier, suggested that his client might have been holding something during the assault. But, he said, the prince was not fully accountable because he had been drinking and was a person "who flares up under the influence of alcohol and loses control of his actions."

In his statement Monday, Ernst August suggested he did not concur with Heidemeier's account, saying that he had been "deceived" by his former attorney.

The prince won a retrial at the end of last year when witnesses - including his wife Caroline - testified they could corroborate his story. The trial is expected to last 11 days. It was not clear whether Caroline would be called as a witness.

It was not the first time Ernst August had a brush with the law.

Among other things, he was fined for attacking a German photographer in 1999 and had his driver's license suspended for a month in 2003 for speeding on a French highway.

In 2000, Ernst August caused an uproar after photos showed him urinating outside the Turkish pavilion at the World's Fair in Hannover.
By Juergen Voges