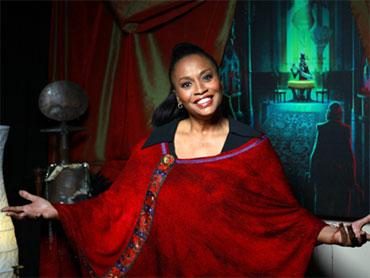 "The Princess and the Frog" earned a big wet kiss from family audiences as the animated musical leaped to No. 1 with $25 million in its first weekend of nationwide release, according to studio estimates Sunday.

The Disney musical is the studio's first hand-drawn animated tale in five years, a contrast to the computer-animated films that now dominate the cartoon world.

"I've always believed that when you start with great storytelling, then the format aside doesn't mean anything," said Chuck Viane, head of distribution for Disney.

The movie also is a return to Disney's reinvention of classic fairy tales, offering a 1920s New Orleans twist on the Brothers Grimm story "The Frog Prince," following the adventures of a young woman turned into a frog by a kiss from an amphibian.

Despite its No. 1 finish, "The Princess and the Frog" drew modest crowds compared to many big animated tales, which can open with two or three times as much business. Those films typically open during the busy summer season, though, and Disney is counting on the long shelf life that many films manage during the holidays.

"The Princess and the Frog" took over at No. 1 from the inspiring sports tale "The Blind Side," which slipped to second-place with $15.5 million. Released by Warner Bros., "The Blind Side" raised its total to $150.2 million.

A surprise box-office sensation, "The Blind Side" is on its way to a domestic total of about $230 million, said Dan Fellman, Warner Bros. head of distribution.

"The Blind Side" chronicles the real-life story of Baltimore Ravens rookie lineman Michael Oher, who had been a homeless black teenager taken in by a wealthy whie couple (Sandra Bullock and Tim McGraw).

"It's the heartland that's pulling the strings of the movie," Fellman said. "While it's performing well everywhere, the response in smaller marketplaces and Christian communities has been outstanding."

The film opened the same weekend as "The Twilight Saga: New Moon," but with only a fraction of that movie's blockbuster business. Audience word-of-mouth has kept crowds coming for "The Blind Side," while "New Moon" has waned to the No. 4 spot with an $8 million weekend, raising its domestic haul to $267.4 million.

Though it had a modest start, "Invictus" debuted in the range of Eastwood's sober drama's "Mystic River" and "Million Dollar Baby" in their first weekends of wide release. Eastwood's films draw older audiences and tend to have a long life at the box office, Fellman said.

"The Lord of the Rings" creator Peter Jackson had a strong opening in limited release for "The Lovely Bones," which pulled in $116,000 in three theaters.

The Paramount Pictures release features Saoirse Ronan, Mark Wahlberg, Rachel Weisz and Stanley Tucci in an adaptation of Alice Sebold's best-seller about a murdered girl looking back on her grieving family from the afterlife.

The Weinstein Co. drama "A Single Man" also started well with $216,328 in nine theaters. The film stars Colin Firth as a gay academic in the early 1960s who's planning to end his life amid grief over his lover's death.

Hollywood is poised for a big finish to its record box-office year, with James Cameron's science-fiction epic "Avatar" opening Friday, followed Christmas week by the family comedy "Alvin and the Chipmunks: The Squeakquel," Robert Downey Jr.'s action tale "Sherlock Holmes" and the nationwide expansion of George Clooney's comedy "Up in the Air."

With nearly three weeks left in the year, 2009 domestic revenues already have set a new record of $9.79 billion, surpassing the previous high of $9.68 billion in 2007, according to Paul Dergarabedian, Hollywood.com box-office analyst.

Domestic grosses should top $10 billion for the first time within the next 10 days or so. Dergarabedian estimates that Hollywood will finish the year with $10.5 billion domestically.