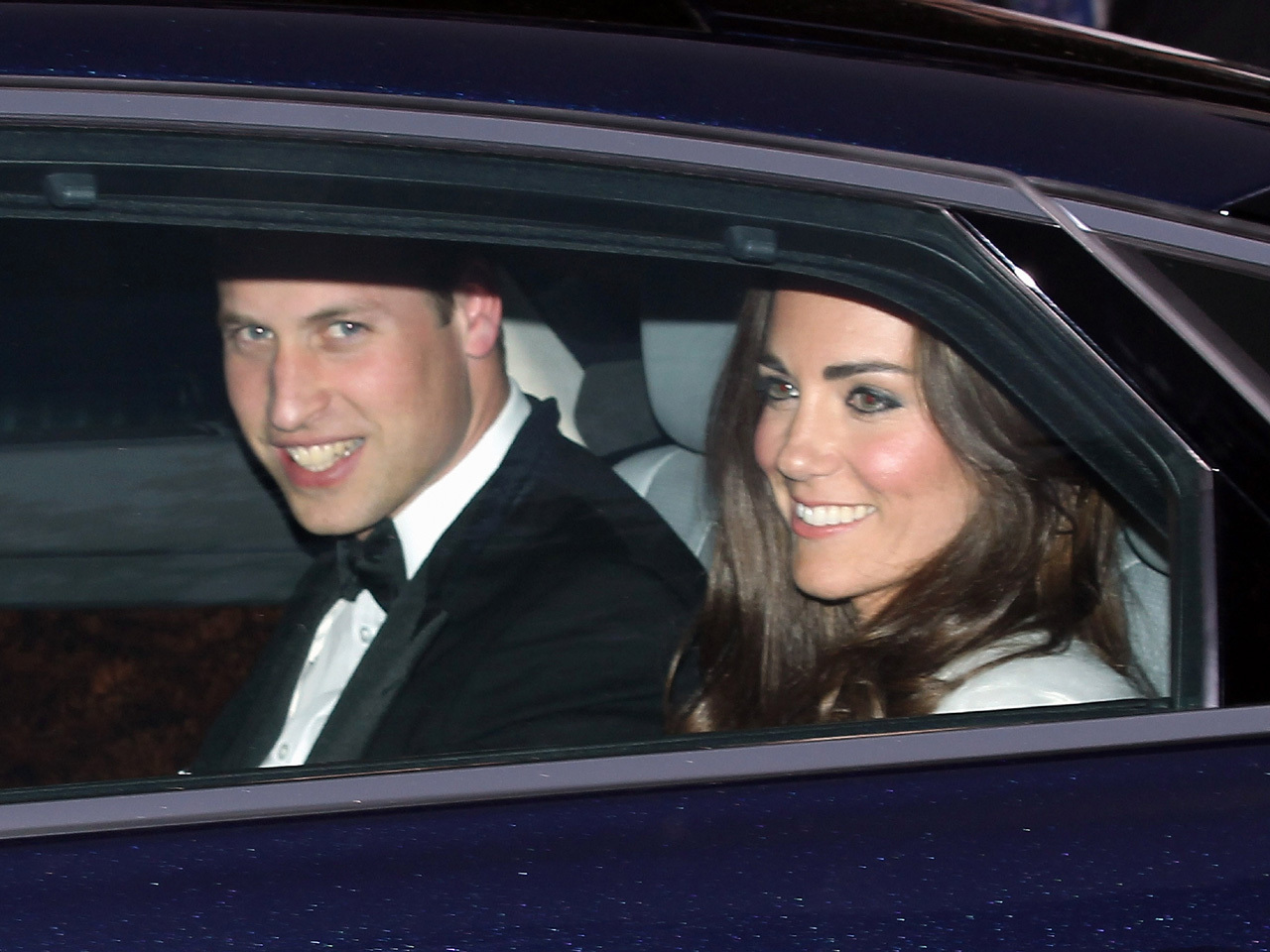 (CBS) - Prince William and his new wife, Kate Middleton, have returned to Buckingham Palace for their black tie evening reception.

Both the groom and bride changed into different outfits for the lavish event. Middleton, who is now officially Her Royal Highness The Duchess of Cambridge, is said to be wearing a white satin strapless gown, complete with a white shrug, the BBC reports, while William donned a black tuxedo and black bow tie.

Upon arriving, Middleton, who had her hair down, expressed happiness that the day stayed dry, telling a photographer: "I'm glad the weather held off. We had a great day."

The evening reception for 300 close friends is hosted by Prince Charles. The Queen and her husband, Prince Philip, will not be in attendance and instead have left for a private weekend in the UK.

The Queen will miss out on Prince Harry's best man speech, along with Michael Middleton's father-of-the-bride address.

British pop singer Ellie Goulding is rumored to be providing the musical entertainment.