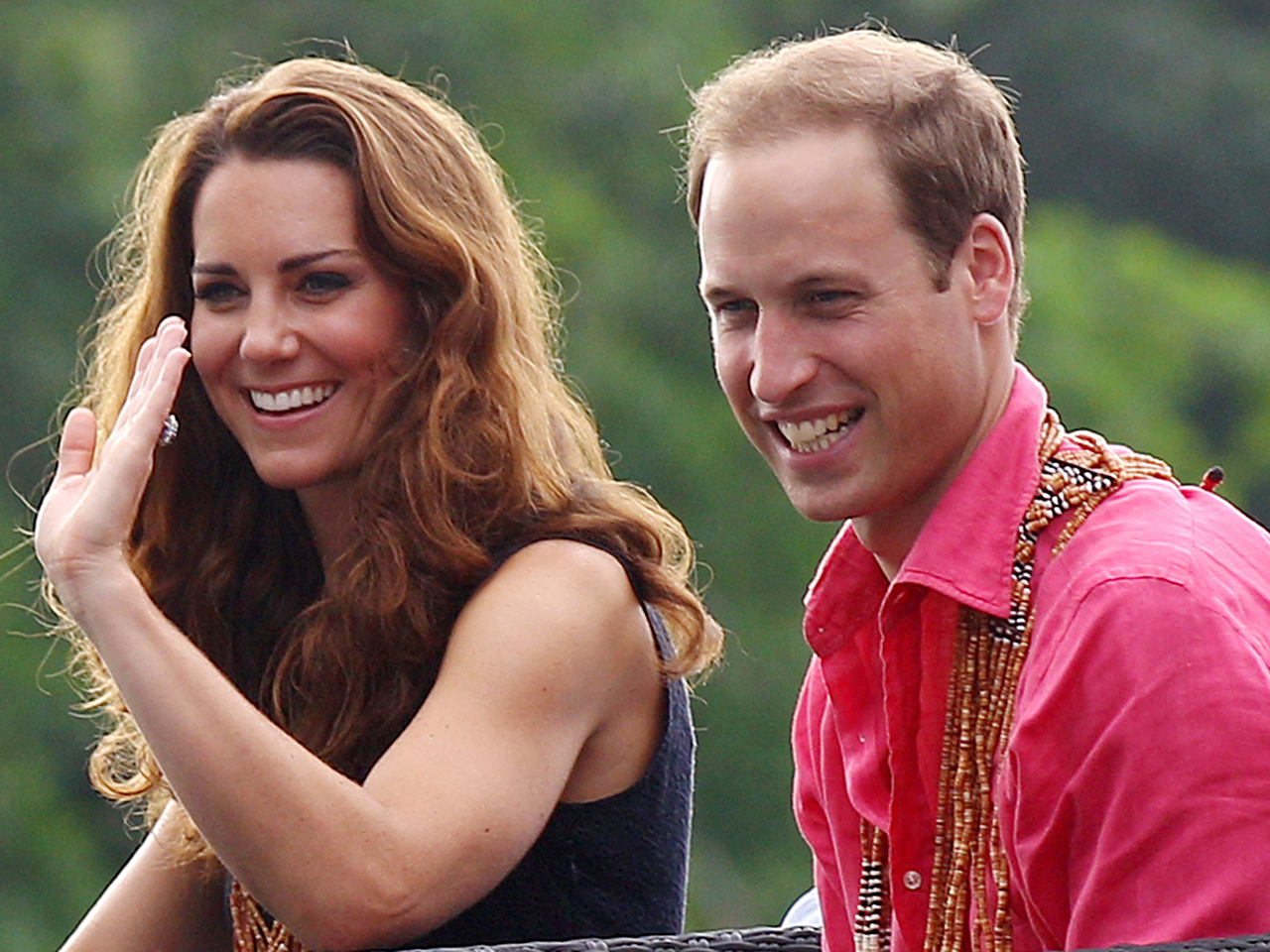 (CBS News) For Prince William and Kate, the tour must go on.

The Duke and Duchess of Cambridge are continuing their nine-day trip to the Far East and South Pacific, marking Queen Elizabeth II's Diamond Jubilee, as the British royals launched a legal battle over topless photos of Kate.

On Sunday, the royal couple arrived in the Solomon Islands, the third stop on their tour (they've already visited Singapore and Malaysia).

They were welcomed with traditional garlands upon their arrival, according to BBC News, and traveled through the streets of the capital Honiara atop a truck decorated to look like a canoe. That evening, the couple wore traditional dress for a dinner at the home of the Solomon Islands' governor general.

On Monday, the couple visited a cultural village in Honiara, and William demonstrated his soccer skills with a group of local youth (the Daily Mail reports that a 13-year-old boy blocked both his penalty shots) and Kate met with local women working to help address gender inequality in the country.

Later that day, they traveled to Marau, about 60 miles from Honiara, where they were presented with traditional jewelry and watched a warrior dance. The couple then made their way to the island of Marapa, where their boat was followed by local warriors dressed in shark costumes.

William and Kate were then taken in a traditional war canoe to the remote island resort of Tavanipupu, according to the BBC, where they will spend the night before traveling on to Tuvalu, the last stop on the tour.