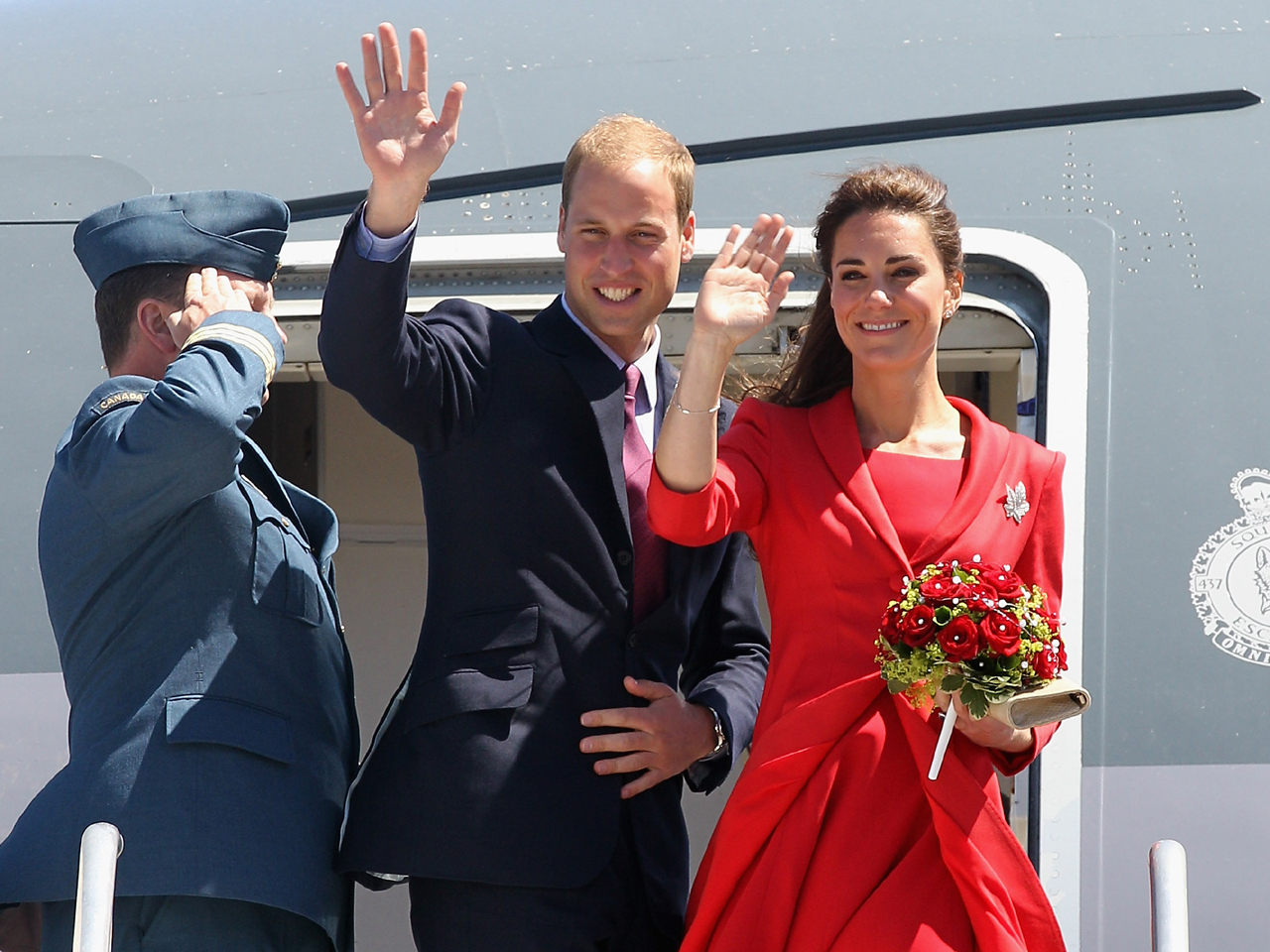 CALGARY, Alberta - Prince William and Kate have concluded their nine-day tour of Canada and are off to the City of Angels in California.

The Duke and Duchess of Cambridge spent the final hours of their visit soaking in western traditions (and wearing cowboy hats) at the Calgary Stampede parade. They also took in an environmental display at the zoo, met homeless youth and attended an Alberta government reception.

They'll have to pack away their cowboy boots and hats in Los Angeles, for a weekend of events including charitable work, a Santa Barbara polo match and a BAFTA black-tie gala.

A Canadian military plane will fly William and Kate to Los Angeles, wait for them for a few days and then fly them back to Britain.

The couple launched the Calgary Stampede to the cheers of hundreds of thousands of fans on their final day in Canada on Friday, a trip widely seen as a success. The newlyweds charmed Canadians at every stop.

The pair, sporting white cowboy hats, waved from their car at crowds of well-wishers lined 10 deep along the parade route under sunny skies. They later joined hands and pushed a red button to launch the parade, one of the world's largest.

The couple was decked out in western wear, with buttoned-down shirts and jeans. The prince opted for the same green checkered shirt that he wore Thursday in Calgary for a bull riding demonstration, and Kate wore a printed white long-sleeved blouse by Alice Temperley, said spokesman Miguel Head.

Kate later wore a red satin and wool scarlett Marianne coat-dress by Catherine Walker, with Queen Elizabeth II's maple leaf brooch, as they visited the Calgary Zoo and placed a wreath at a memorial to Canada's fallen soldiers in Afghanistan.

Canada is the first official overseas trip for the couple since their April 29 wedding, and the newlyweds were met with raucous cheers almost everywhere they went. They celebrated Canada Day on Parliament Hill in Ottawa, made lobster souffle in Montreal, raced in dragon boats on Prince Edward Island and went canoeing in the Northwest Territories.

A much-talked-about highlight was the boat race on Prince Edward Island, when the prince's boat defeated Kate's and William exited the boat to give his wife a warm consolation hug. Kate playfully gave William a shove, as if to push him in the water - showing a competitive, loving and playful side of the couple that had yet to be seen publicly until now.